The article analyzes the connections between the ideas of the liberal Piero Gobetti and the historical and political culture of the Italian exiled antifascists who had been active in the Catholic and democratic Popular Party [Partito popolare italiano]. The article describes the intense cooperation between the "popolari" and Gobetti before his exile and, in the second part, it reconstructs the life and political activities of wellknown "popolari" in exile such as Luigi Sturzo, Francesco Luigi Ferrari, Giuseppe Donati. A special attention is devoted to the relationships with several antifascist organisations and periodicals base in different European and American countries. Finally, the article compares Gobetti's thoughts about the historical roots and the emergence of the fascist regime with the exiled popolari's ideas on these matters. The author stresses the similarities in the intepretation of the crisis of the liberal State, of historical and moral roots of fascism, and of the issue of a "religious" reform, underlining also remarkable analytical differences (notably, the relevant "popolari"'s definition of fascism as totalitarianism). 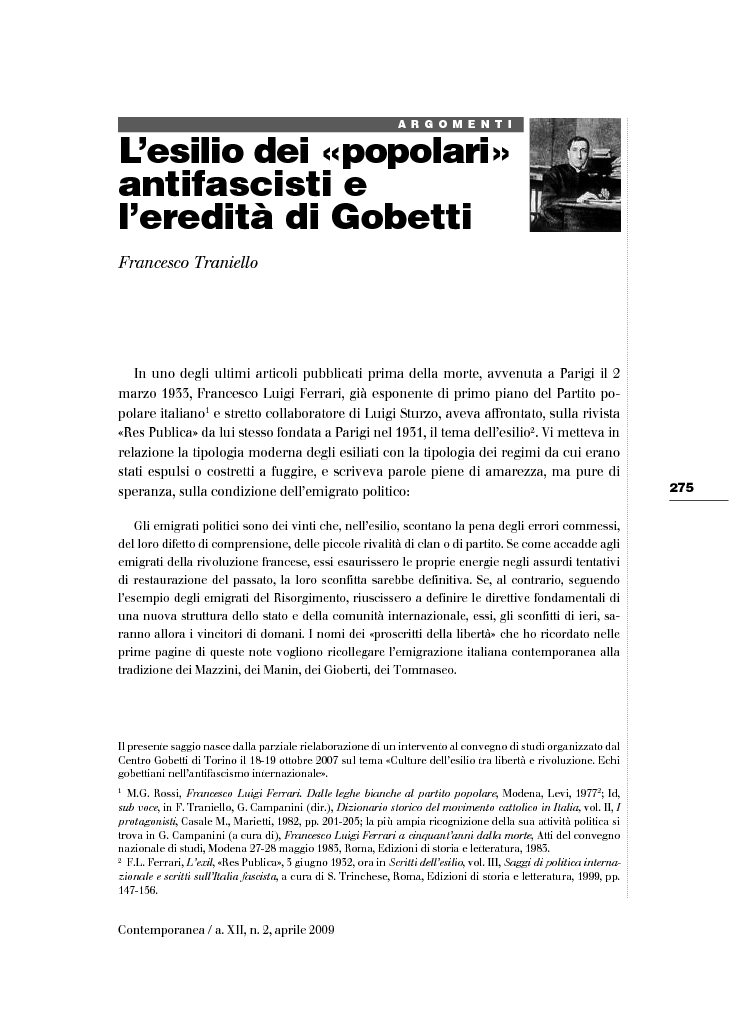