On May 4, 1919 thousands of students from Beijing's schools gathered in front of Tiananmen to protest against the Versailles treaty. This essay argues that the May Fourth Movement not only signaled the emergence of the modern political category of "students", but also shaped a new relationship between urban space and political activism. By taking the case of Beijing University and examining several aspects of both students' daily life and their political activities, this essay illustrates how the relationship between urban space and political activism cannot be reduced to the influence of the former on the latter. Urban space is rather continuously recycled, remade, and rewritten by social practices and by political interventions. Urban, lived space is the terrain of collective political practices. Nowhere is this clear than in the case of Tiananmen, the Gate itself, whose meaning was re-inscribed precisely when students gathered in front of it and remade a symbol of imperial power into a public space for popular protest. 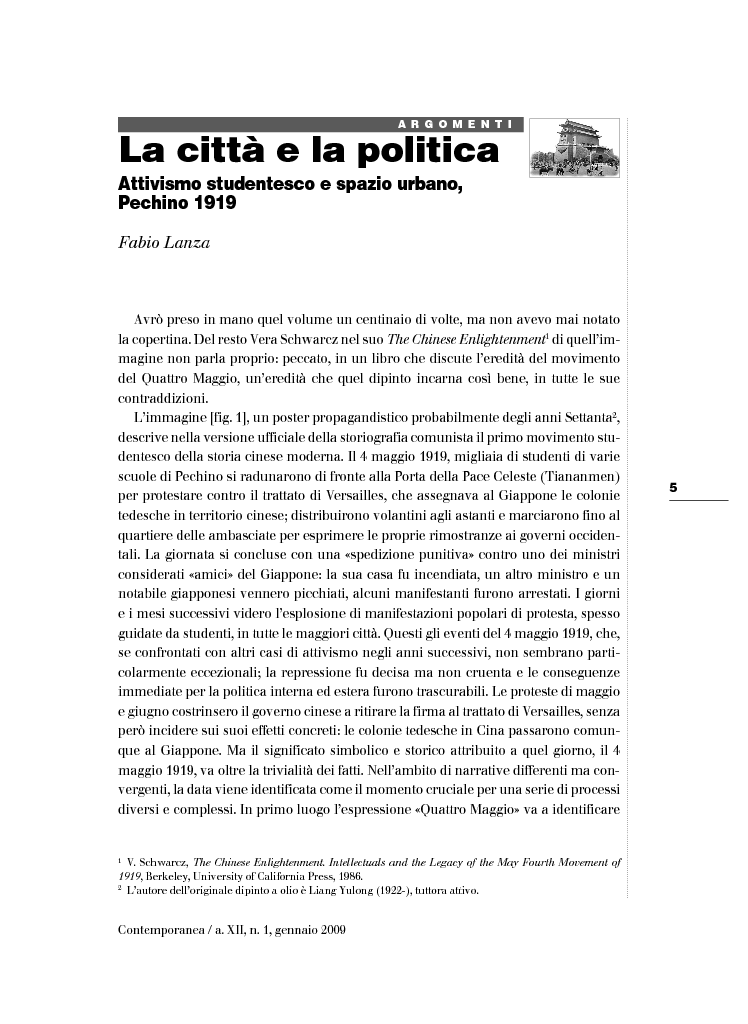