Since the middle of the 1990s, the historical studies on the cooperative movement showed a growing internationalization. This trend intensified in the 21st century, due to both the widespread academic interest in Global History and the economic crisis of 2007-2009, which boosted the reputation of cooperation as a socially sustainable form of enterprise. The most recent historiography reflects the necessity of further research about the development and the diffusion of cooperative practices, with a particular emphasis on the transnational dimension. This objective requires scholars to focus on the role of the «cooperative élites», transnational networks composed of cooperative leaders. In certain historical periods, such as the second half of the 19th century, the intense reciprocal relationships established by these personalities had a fundamental impact on the exchange of knowledge and best practices about cooperation. This phenomenon deserves to be studied under the new interpretative key of social innovation, mainly used at the current moment in sociological research. The cooperative practices, indeed, represent a common field to establish an interdisciplinary dialogue that could benefit both historians and social scientists. 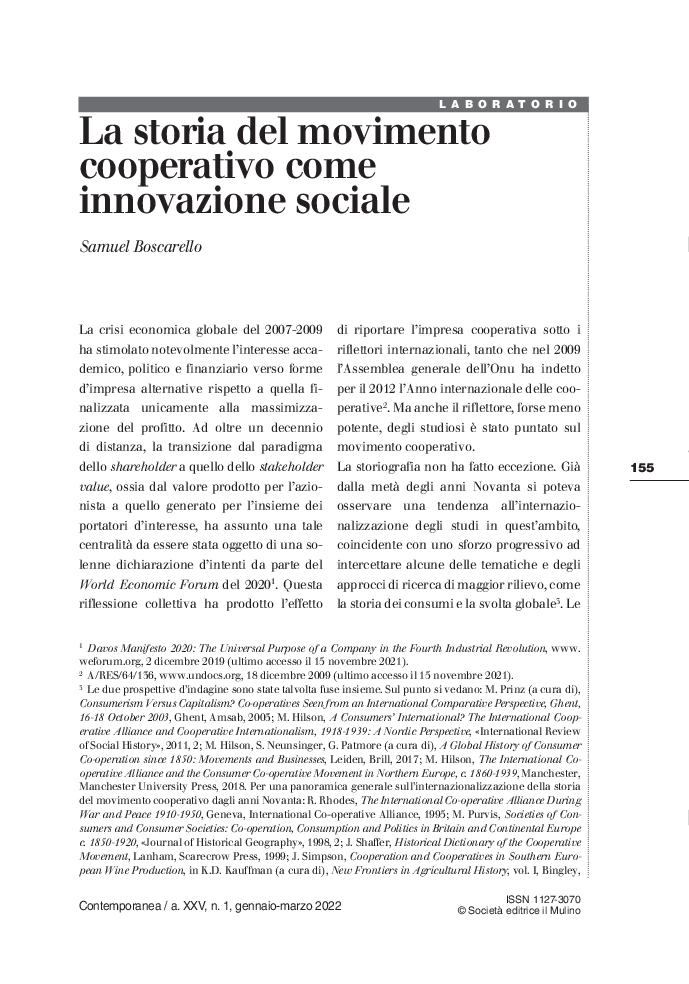