The essay aims to show how recent studies are developing new research paths, by focusing on the photoromance/photonovel and its relevance to politics, feminism, and media culture. Traditionally vilified by high culture as products of a patriarchal culture and «stuff for female servants» ever since they appeared in the 1940s, photo novels actually offered women the opportunity to cultivate reading and a new idea of entertainment, by emancipating themselves from their traditional role as daughters, wives or mothers. From the 1960s onwards, religious newspapers, associations, or political parties also used this new medium for propaganda purposes. However, the most interesting implications were those concerning products that were fully integrated into the media and economic ecosystem, for which the public was not a mere recipient of a pedagogical message, but an active part of the production process, ready to share its cultural and materials needs. 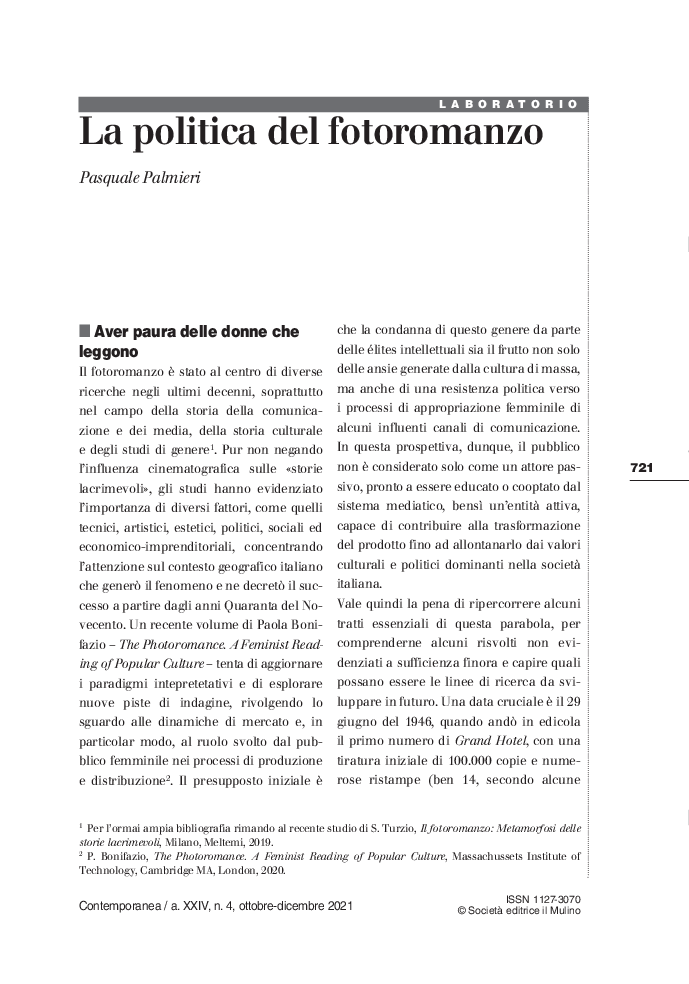