The letters were written by Aldo Moro to Franco Costa and to Emilio Guano, central ecclesiastical vice-assistants of the Federation of Catholic University Students (FUCI) in 1939, when he assumed the Presidency of the Association. These documents confirm the important role played by the ecclesiastical assistants in the guide of the organization after Giovanni Battista Montini’s season. In fact, the choice of Moro was suggested by Costa who with Guano accompanied the mandate of Moro. The documentation also clarifies Moro’s orientation on Giulio Andreotti as co-director of «Azione fucina», who succeeded him at the Presidency of the Fuci, framing their relationship in the correct context and so demystifying mutual aversion. Furthermore, Moro’s effort to modernize the internal press and to qualify the cultural line of the association was considerable. As a result, during the delicate period 1940-1945, the postwar ruling class in the intellectual branches of Italian Catholic Action was formed to succeed to Fascism. 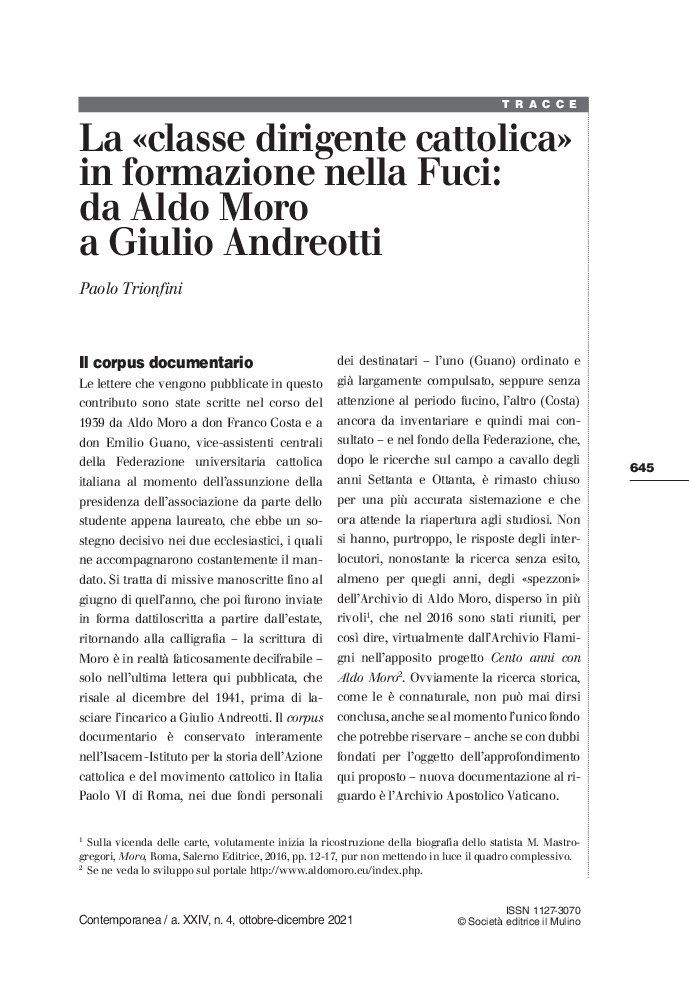