In 1975, Leonardo Sciascia published a best-selling book on the mysterious disappearance of Ettore Majorana, professor of Theoretical Physics at the University of Naples, who vanished in 1938 and was never seen again. Despite lack of direct evidence, the writer claimed that the scientist sought refuge in a monastery after foreseeing the horrors of Hiroshima and Nagasaki. This idea sparked a national debate and angered the majority of Italian physicists, especially the so-called «via Panisperna boys» who had worked with Majorana in Rome during the 1930s under the supervision of Enrico Fermi. One of them was Gian Carlo Wick, professor of Theoretical Physics at Columbia University. His unpublished correspondence with his former colleagues (Edoardo Amaldi, Emilio Segrè, etc.) sheds light not only on their contempt for Sciascia, whom they considered as a liar, but also on the troubling memory of the Italian racial laws and the social responsibilities of scientists in the atomic age. 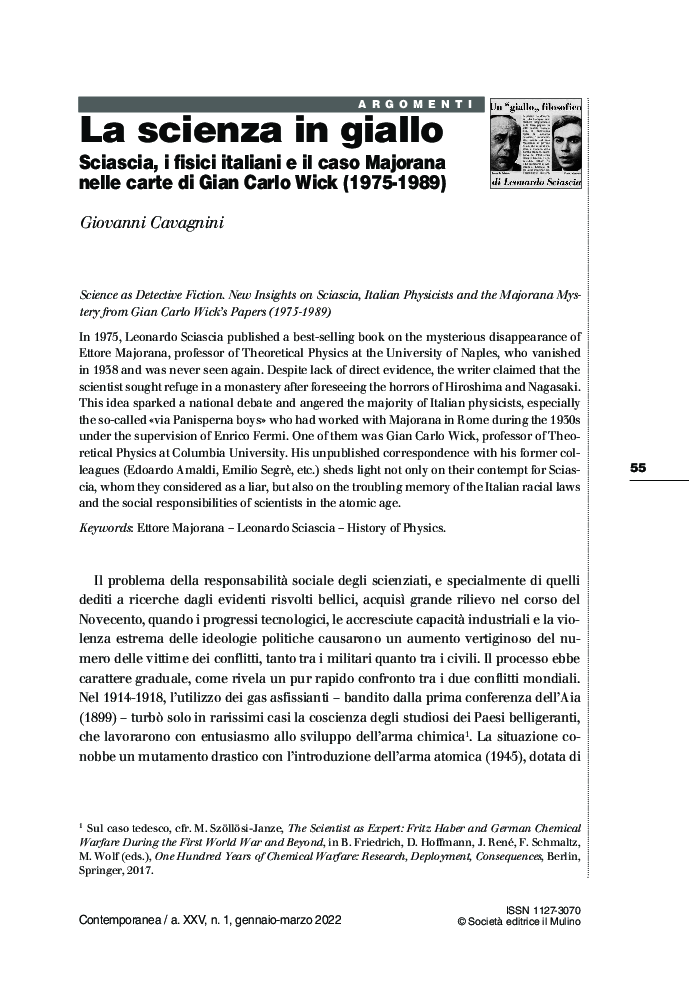