The aim of the article is to summarize the main lines of the current historiography about Resistance struggle during World War II, in Europe and – above all – in Italy. Starting from four recent studies, the article finds out some relevant points concerning the way historians have represented Resistance struggle in the last years. First of all, they draw wider spatial and cronological terms: Resistance is a transnational phenomenon, and it can be properly understood only throught comparisons between different countries. Moreover, historian are investigating the period after the end of the War, especially the cases of transitional justice and postwar tribunals. The essay deals also with the sources issue: historian are recently discovering new archives and documents, produced by Allied Army and Services, political courts and official commissions tasked with partisan acknowledgement. In this new representation, we can find different agents, which are becoming pivotal, such as Allied officers, Gruppi di Azione Patriottica members, southern partisans and deserters. On the all, the more recent works seem to confirm the relevance of the Claudio Pavone’s cathegory of «Morality in the Resistance» and its euristic efficiency in order to enlight the plot between individual pats and general processes in the antifascist war. New attention is due to the narrative approach, with interesting attempts to dialogue with a wider and non -specialistic audience. 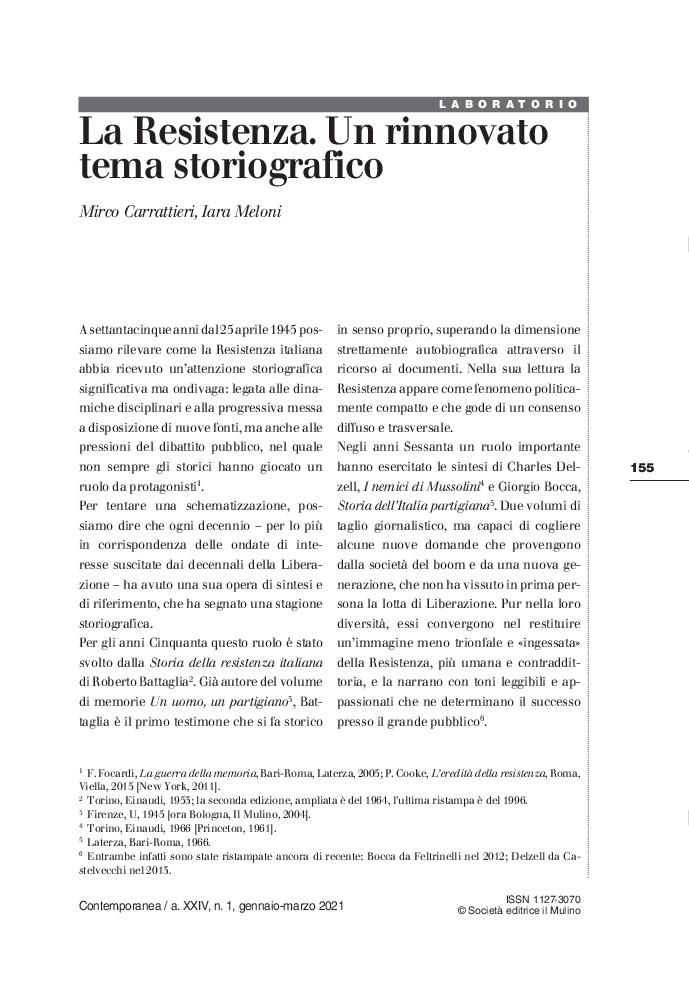