The study of the management of the commons in the Vercelli area provides the opportunity for a broader reflection on the transformations which occurred in the late 15th and early 16th centuries, a period which has received limited attention in the Italian historiography on the commons. In actual fact, it marked a crucial turning point, as communities reconfigured their collective properties, increasing forms of indirect management, limiting common pastures, and investing in ovens and mills, which became public utilities of sorts. Usurpations, which must no doubt be viewed within the context of demographic growth and increased pressure on uncultivated lands, are another indicator of this renewal in the management of the commons and of the closer supervision exercised over them by local communities. In the area under investigation, moreover, the State, which in other parts of Italy was responsible for extensive enclosures of the commons, mostly contributed to regulating access to such resources. 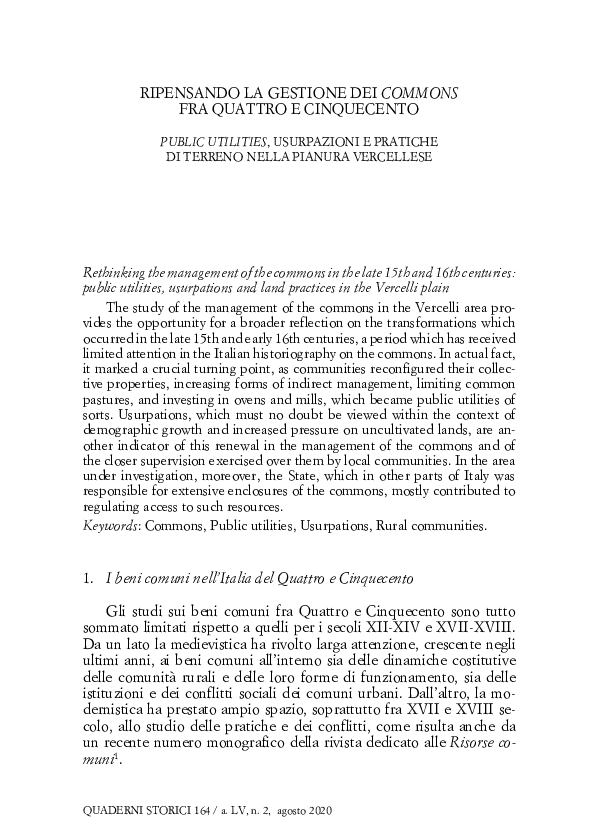