The Pyrenees can appear in Europe as an «exemplary mountain» for the management of lands by fire. Traditional land management practices by fire have remained very much alive to this day and thousands of hectares are burned each winter throughout the chain. Since the 1980s, a process of consultation and organization of burnings has been put in place by organizations of the agricultural profession and local administrations in order to institutionalize the practice, better manage it and reduce its risks. However, the relative consensus that surrounded burnings is fracturing under the pressure of a greening of society, which is becoming increasingly urban and reluctant to fire, considered as an environmental disaster and an additional factor of air pollution. The current situation can be considered as a turning point: can the traditional practice be perpetuated, or will burning become the prerogative of fire prevention technicians, the masters of «prescribed burning»? 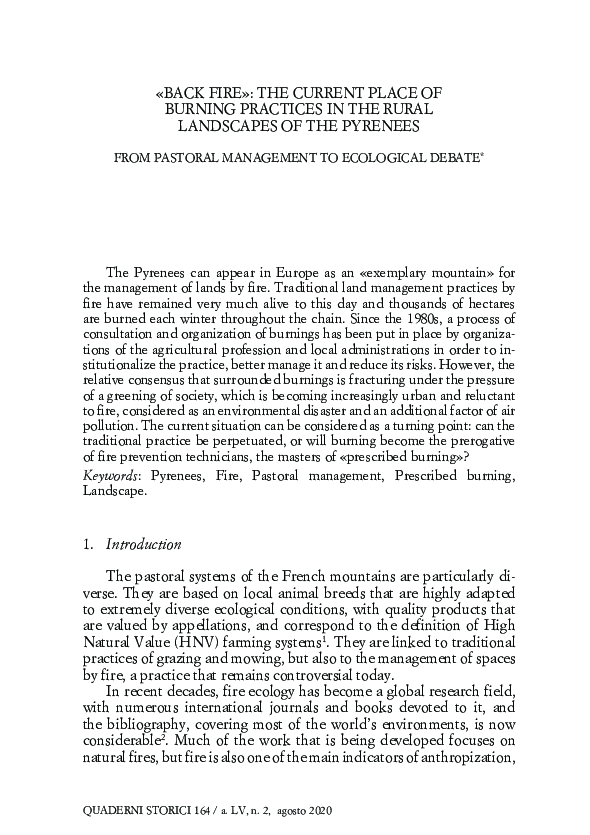