The numerous forms of classification of citizens introduced by communes worked together and created groups of cives divided by residency (territorial societates), wealth (estimi), political membership (partes), and work communities (societates of Artes). Membership lists in turn created lists of exclusion, within a circular system involving interconnections that continuously modified citizens’ standing. However, the core of this classification system lay in the opportunity to change one’s status through the statements of neighbours, inquiries, and petitions, an opportunity which remained open until the end of the thirteenth century. In the early fourteenth century this system fell out of use: lists were sufficient to prove people’s condition. Such new rigid forms of classification mirror the limiting of political participation in urban communes and the political authorities’ control over the ways in which the community granted legitimacy. From that moment on, any change of status would require, through a legal fiction, a change in one’s personal condition based on an administrative procedure. The definition of personal status by decree was one of the major legacies of the communal world to early modern systems of government. 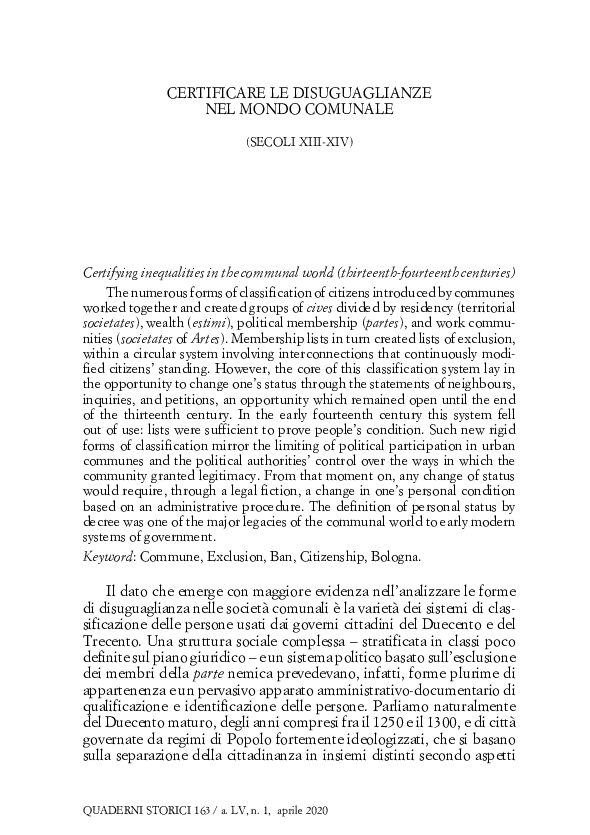