The essay investigates the reasons that fostered the rapid development of Italian Social Work experts in the aftermath of World War II. One may reasonably argue that the country benefitted from the joint effort of two different yet synergic institutions. In Italy, the national epistemic community enlivened the Social Works schools that had been established after the end of Fascism. At an international level, the United Nations Technical Assistance Programmes provided an equally crucial contribution. The interplay of these dynamics resulted in experts from Lake Success being sent to Rome, but also in a dense network of International Exchanges of Social Personnel and a Training Program that included the organization of conferences and seminars, the funding and promotion of fellowships and scholarships, the circulation of scientific publications, films, and specific studies. All these actions have allowed a discipline – Social Work – and a profession – the Social Worker – based on an almost rootless tradition to rely on experts ready to be involved in international cooperation missions. 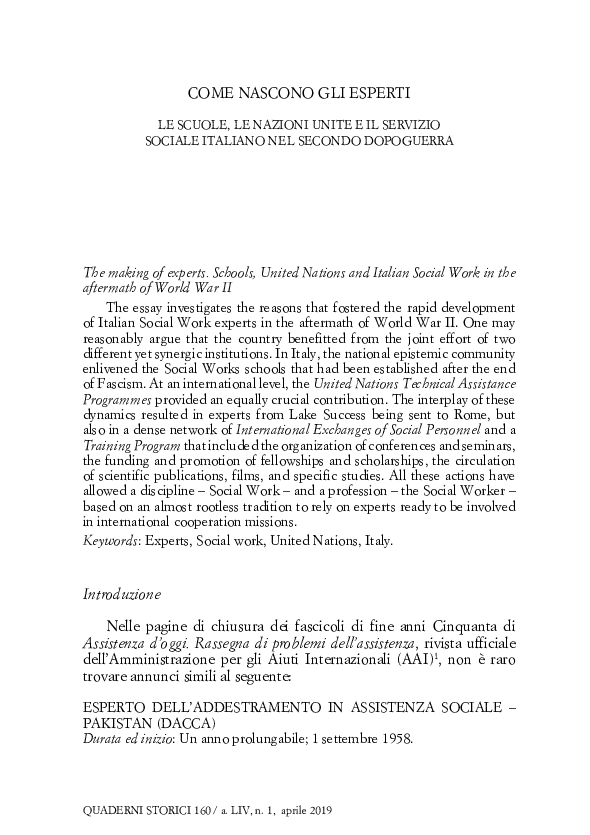