The article focuses on the genesis, organization and representation of the territory of an important ecclesiastical institution of Early Modern Sicily, the Archbishopric of Monreale, in a microanalytic perspective. Such an historical space has its very own peculiar economic, juridical, political and institutional features, as it includes and is part of dense, stratified and at the same time heterogeneous and changing realities. This research aims to shed some light on the close relationship between the Archbishopric as a holder of feudal rights on land and on men, and the production of written and drawn documents. Cross-referencing a variety of sources, such as maps and fiscal, judicial and property records, shows from different points of view some features of the process of construction of the territory of Monreale, and, at the same time, suggests that the production of these documents has been one of the tools of that construction. 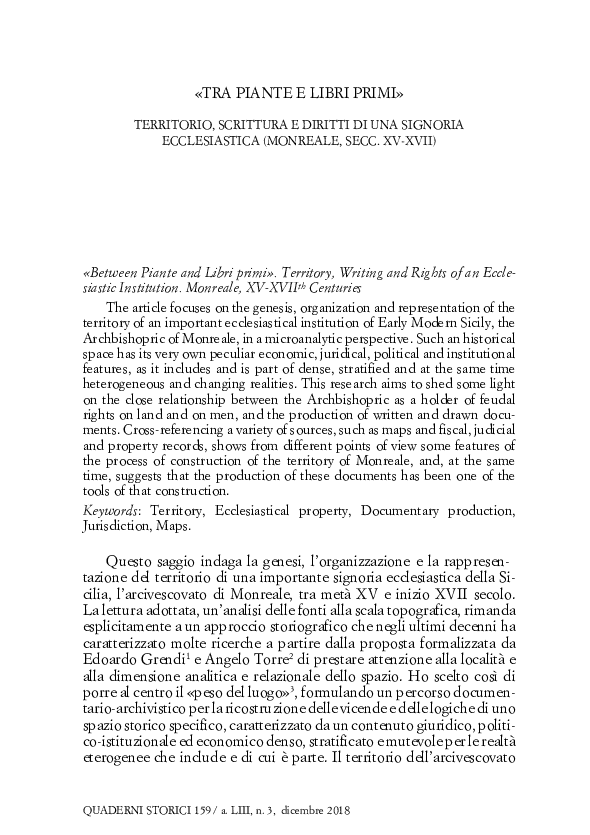