This article argues that migration in the early modern period was much more global and socially, ethnically and religiously diverse than a conceptualisation of cross-maritime migrant groups as part of early modern empire building, consisting of office holders, soldiers, big trading companies and Jesuit missionaries to be followed by protestant missions in the 19th century made us believe. And a lot more people than was hitherto assumed used the opportunities which presented themselves to express their feelings, experiences and expectations in letters and to convey them to faraway acquaintances, friends and relations. Based on a unique early modern global archive, I propose a methodological and theoretical framework for analysing these complex spatial, temporal and sensual intersections. By drawing on practice theory and the concept of social site as it has been developed by the American Philosopher Theodor Schatzki, the aim of this article is to contribute to recent discussions on how to write a microhistorically inflected global history. 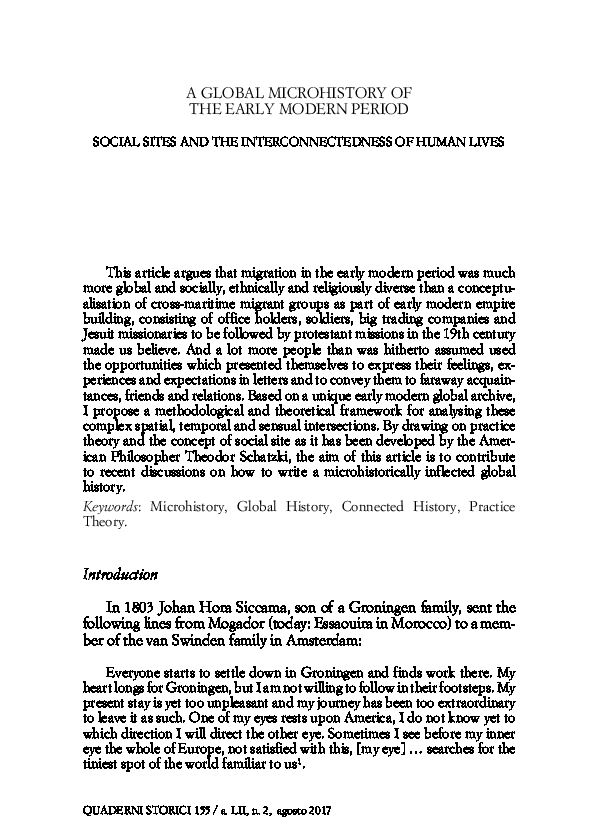