This paper approaches the Agrarian Reform scheme launched in Italy in 1951 and ended in 1965. Main attention is paid to the different forms of environmental resources management involved in the Reform. The work has been possible thank to the availability of new archival sources in the Ente Maremma historical archive. The use of a local scale case study, the Cecina Valley in Southern Tuscany, allows to reveal negotiations and conflicts which raised during the Reform application, as well as the different role of social actors. To conclude, the work demonstrates that the environmental resources access and property forms, as well as the local context, played a key role in the Reform application. 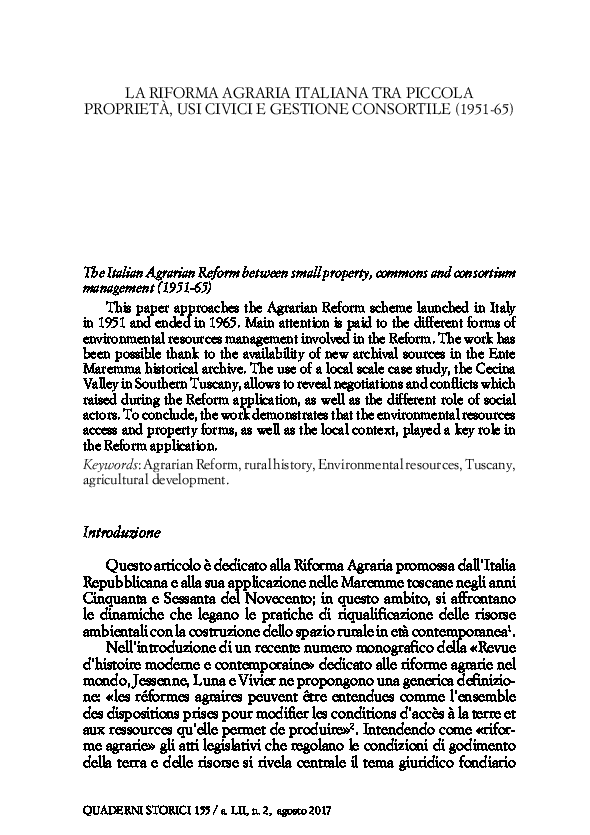