Looking at healing therapies, if we study them from the point of view of the Spanish Inquisition trials in Sicily, we notice the importance of exorcism as a therapeutic practice little valued so far by the studies on the history of medicine. Exorcism had a fundamental role as a healing practice since the middle ages, and became more and more important between XV and XVI centuries, powerfully penetrating into the culture of the time. The control of exorcism, which was commonly celebrated by churchmen and laymen, physicians, chemists, midwives, healers and so on, was one of the many reasons which led the Church and the Inquisition, after the Council of Trento, to repress magical practices, which were no longer controllable. This had a big impact on the medical profession because it diminished the role of the physician. In Sicily, therapeutic magic exorcism was still practiced, although on a lower scale, well into the XX century. 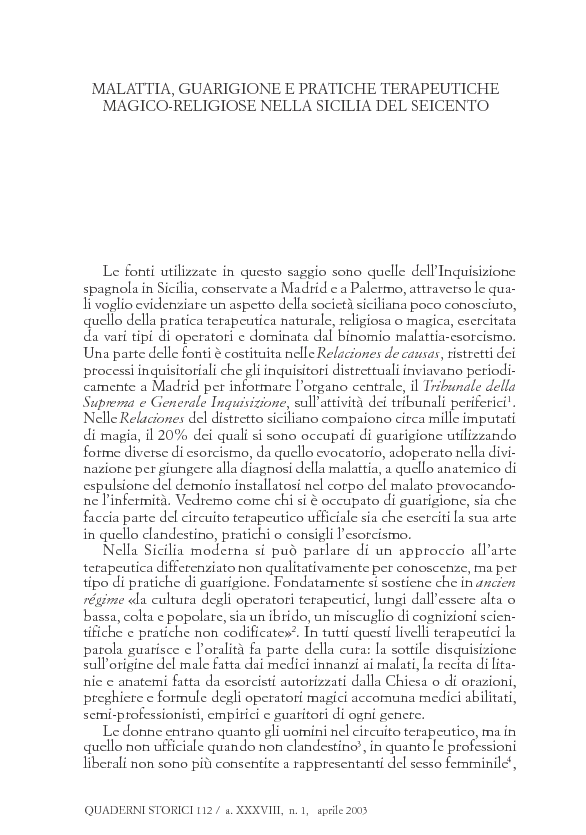