Leo Ostiensis' Chronicle of Montecassino recalls how, in the last decade of the tenth century, Marquis Hugh of Tuscany received five monks of Montecassino, in opposition to the worldly abbot Manso, to head the great imperial abbeys of Tuscany. This notice has gained much attention among historians, particularly those scholars concerned with the so-called new monasticism, as well as by those who have investigated problems around Otto III's monastic policy, but it has never been verified. The essay goes on the trail of the five monks of Montecassino. Through a palaeographical analysis of their signatures it intends to reconstruct their cultural and human journey within the context of a broader project to place hermitic spirituality in the service of a plan to reorganize and consolidate the fisc. The aim of the paper is to unearth hitherto unknown political and cultural connections that will allow profitable approaches, including from an artistic and codicological point of view. 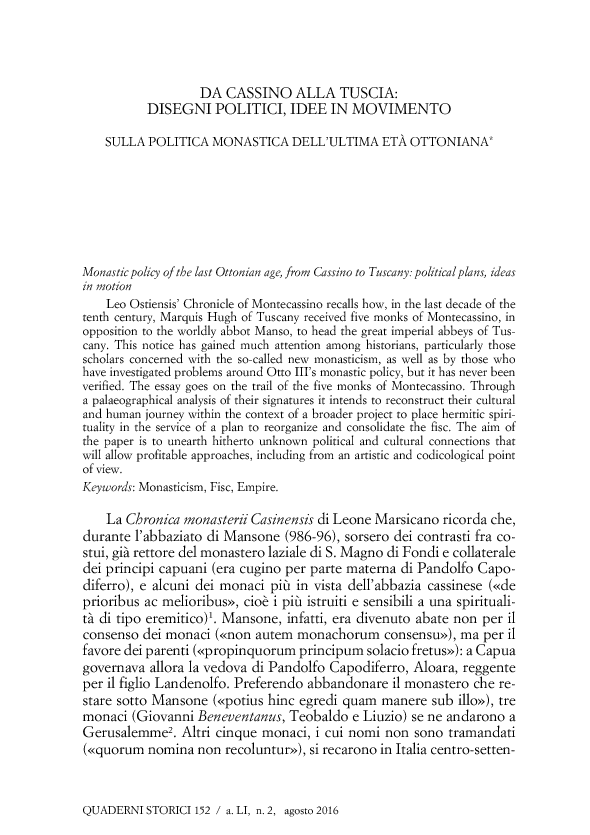