This article explores two kinds of food-centric public spaces in 1970s New Orleans: the Piazza d'Italia, a flamboyant postmodern monument centered around a St. Joseph altar that the Italian-American community built downtown, and the small grocery stores, gardens, and weekend food market founded by Vietnamese refugees in the city's eastern suburbs. Despite profound cultural, linguistic, spatial, and temporal differences between Louisiana's Sicilian immigrants and Vietnamese refugees, a common thread emerged in their stories: food facilitated their entrance as discrete ethnic groups into New Orleans society and their mobility within it. Crucially important, however, were the American racial identities claimed by, or accorded to, these groups in the spaces that they created. The histories of the Piazza d'Italia and Vietnamese markets and gardens demonstrate the extent to which the causes and effects of America's ethnic revival were far from equitable. Rather, the production and consumption of ethnicity and race through food in postmodern New Orleans privileged the stories of some and suppressed those of others, especially the city's African Americans. 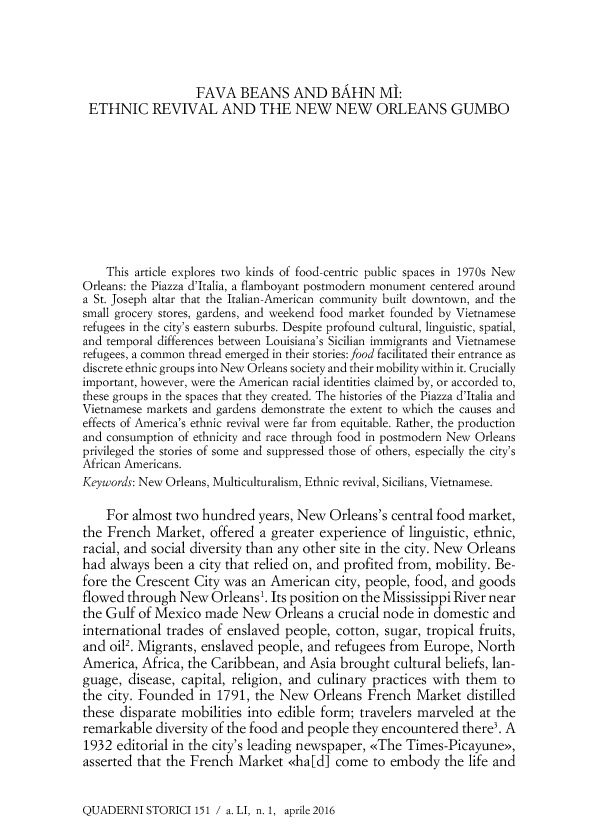