This article aims to study some social transformations in the urban space of contemporary Kazakhstan, focusing on the illegal settlements in the district of anyrak (Almaty), and the relationship between State, citizens and society. To do this, I observe the illegal settlements in a historical perspective, showing that during the Soviet period they were part of a social contract between the State and the population; moreover, I observe citizenship as a social experience in the daily life of the illegal settlements and highlight how it is challenged once the district of anyrak risks to be demolished. I show that both citizens and State shift between legality and extra legality not for cultural reasons but due to historical contingencies though, which they interpret however in terms of culture. Finally, I show that the role of «political society» has an impact, albeit limited for now, on the practices of citizenship. 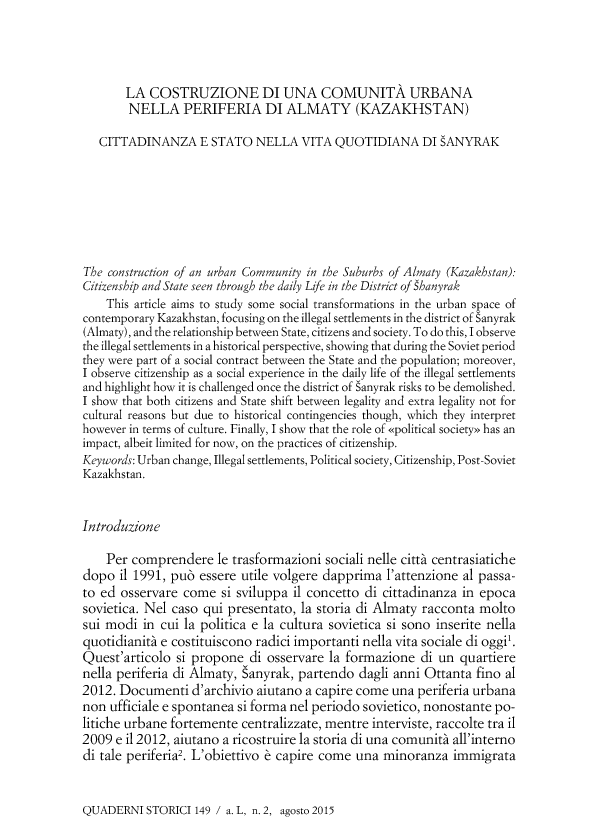