Our paper takes a comparative approach to the study of manumission, freedom suits, and the formation of communities of free people of color in the Spanish colony of Cuba, the British colony of Virginia, and the French colony of Louisiana, drawing on local statutes as well as trial records of freedom suits and manumission petitions. We attempt to compare law «from the bottom up»: regulatory efforts by local legislatures; slaves' claims in court; trial-level adjudications; and interactions among ordinary people and low-level government officials. At the local level, it is possible to see the way slaves took advantage of the gap between rules and enforcement, and to fathom racial meanings at the level of day-to-day interactions rather than formal rules. Although all over the New World stereotypes of slaves became racial, some differences persist, particularly with respect to the ease of manumission and hence creation of intermediate status groups under slavery. We explore how these differences manifest themselves in the opportunities available for free people of color - and those wishing to be free - to make legal claims. 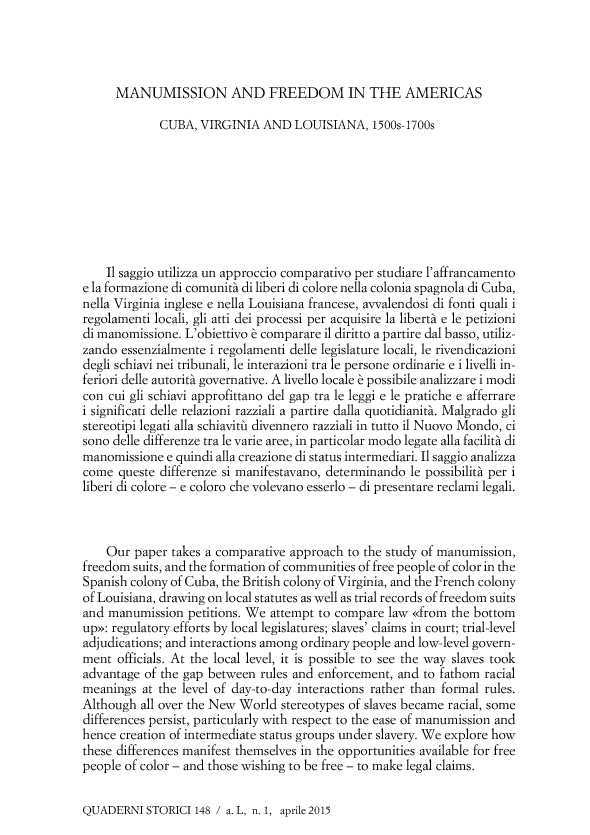