The forum critically tackles a number of the themes that have marked debates in Italy concerning resistance and war. Such debates are often idealogical and abstract in nature, and are held, in many cases, by politicians and opinionists who pay little or no heed to academic research and findings. The controversial themes are analysed from the viewpoint of academics who have carried out lengthy and concrete research by means of instruments and categories related to social history, and who have put as the centre of their focus, without idealogical preconceptions, the subjects, victims and protagonists of that history. The themes proposed are as follows: 1) the partisans - a social analysis, and their relations with political organisations; 2) the relations between the partisans and the population; 3) the phenomena of "automonous" armed resistance; 4) "civil" resistance, disobediance and the phenomenon of fence-sitting; 5) the 8th September and the homeland; 6) the dissonance of experiences with regard to national memory, the violations of the liberators. 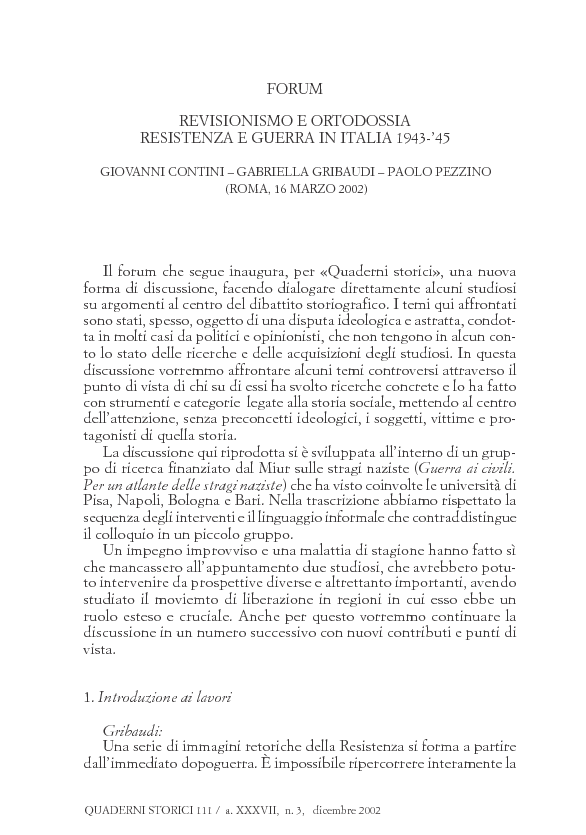