The article deals with the story of the Italian military internees (IMI) in Germany through the oral histories of 23 veterans, collected between 1995 and 1998. The stories can be divided into two parts. In the first part, we find some shared representations that evoke a large «hypertext» of imprisonment and deportation. The images, created by similar experiences, become an encoded memory, producing a chain of mutual recognition. The first person plural is the subject of the narrative. The second part, that starts from the conversion of prisoners in civilians workers, is very different. The subject is no longer just a victim with little chance of action but the active protagonist. The stories are individual and the tones of adventure prevail. While the man-soldier is defeated, the ordinary man wins his battle for survival: he emerges from the ruins of war as an active subject capable of moving through the loopholes of a repressive system and, as a man rather than a soldier, building relationships with German women, beyond the logics of war, which, moreover, had already been swept away by events. 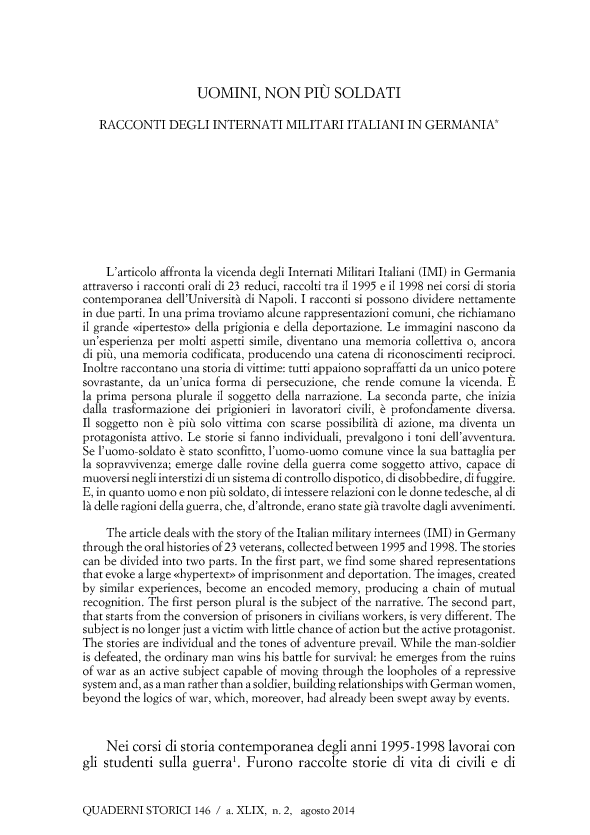