During the second half of the eighteenth century, in Trieste, port of the Habsburg on the Adriatic sea, the strengthening of the dominion of the empress Maria Teresa was coupled by a more timely and continuous presence of the state. Such presence became a reality also through the issuing of a copious series of norms that aimed at regulating many aspects of the economic system of the city and at controlling the strategies of tax evasion and fraud adopted by the merchants established in the city. This took place within the frame of an acute conflict that had the appropriation of the profits deriving from commerce as its goal. A conflict in which the principal actors were Vienna's court, the Habsburg's bureaucracy, economic interests located throughout various areas of the Empire, the protagonists of the system of duties and of the commercial traffic and the merchants of Trieste. Therefore, around the norms and within the thick and complex relations between them and the fraud, during the daily confrontations, the interests were affirmed, fraud and regulations and their mechanisms and outcomes were being defined and the narration of «public happiness» was being constructed. 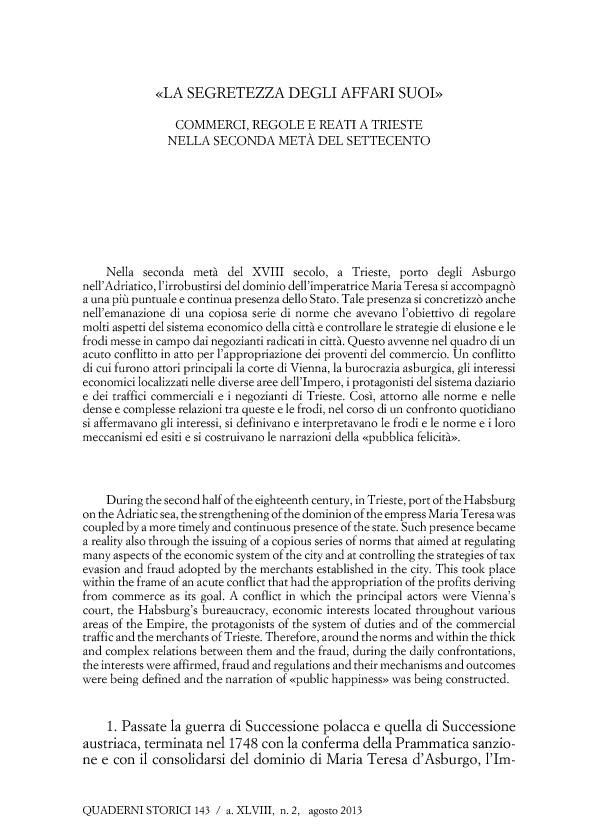