This article presents a detailed case-study of trials between an English ship captain and an Egyptian supercargo (sopracarico) who opposed each other in the courts of the Governor of Livorno and of the Pisan Sea Consuls in 1739-1740. It deals with the thorny question of levels of trust involved in cross-religious trade, trying to understand how a simple disagreement over the unloading of cargo, that is a common and relatively benign freight dispute, could end up qualified as fraud, or dolus; and how this, in turn, triggered a series of accusations of other fraudulent practices, like forgery, failure to report salvaged cargo, perjury, bad faith, legal chicanery, etc. This affair shows how these different practices of fraud become entangled, designating a genus of fraud rather than a species of fraud. Moreover, it allows us to analyze several «litigious thresholds», that is the main stages between dispute, litigation and open conflict, characterized by the radicalization of both litigants' claims, a gradual increase in verbal aggressiveness and even the suggestion of physical violence. 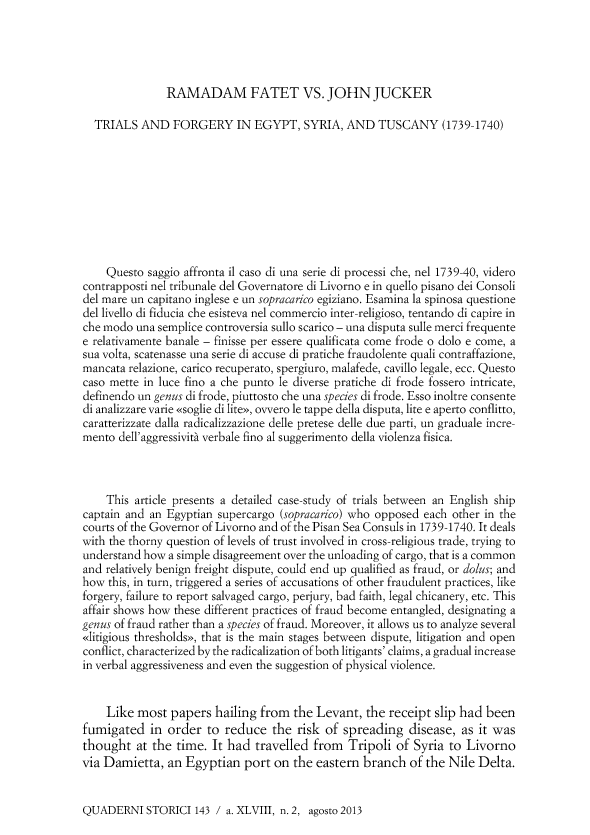