In the political and cultural history of France during the Age of Enlightenment, the interest aroused by printed factums appears to have come to a sudden end in 1789. While eighteenth century historians highlight the importance of the legal brief in criminal or civil trials in transforming public opinion and in the development of criticism of society or the state, this source has barely been made use of during the decade of the French Revolution, only arousing interest once again in studies of the 19th century. We certainly recognise its existence, but its importance appears to have disappeared in favour of the spoken word in the courtroom and the press, pamphlets and the national assembly debates or clubs in the public arena. Far from being a question of chance, this silence makes sense; it reveals the extent of changes to the legal brief and its place in defence strategies in the early days of the French Revolution and even in 1788. Through the examination of three corpora of sources (library collections, the experiences of lawyers and court cases), this article takes stock and offers some initial reflections about the scale of the decline of the printed factum, its chronology and the reasons why it happened, as well as changes in the use and form of this medium. 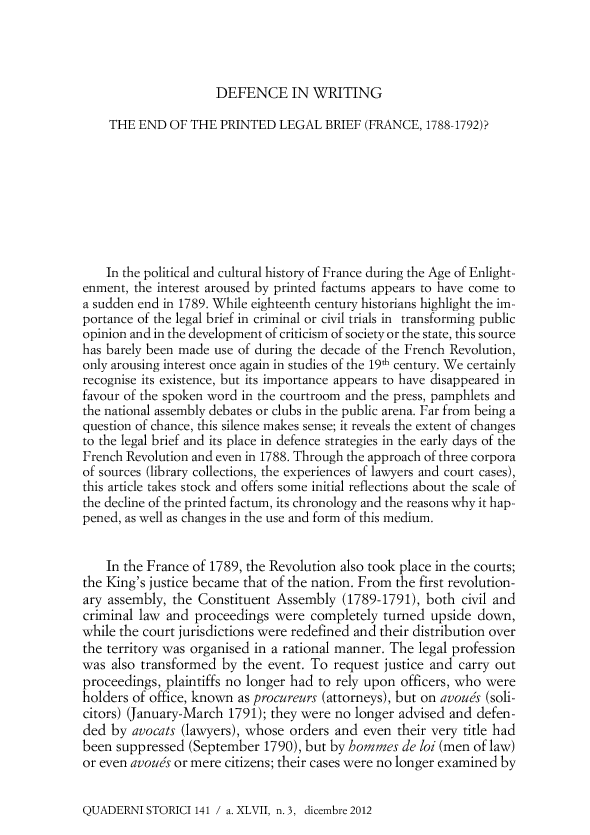