The authors interpretation of manuscript exchange - the scribal community - as a sociocultural network questions the traditional view of the development of literacy and education in the world. In rural Iceland, formal institutions of the kinds that modern historians tend to concentrate on were only one of the channels through which the popular desire for knowledge was served - and in most cases not even the most important one. Set against this were groups of lay scholars - barefoot historians - and it seems fair to see them, and in fact their scribal culture as a whole, as an informal institution, at least on a par with the official institutions. This institution provided ordinary people with the opportunity to obtain knowledge and seek entertainment, to organize and document their lives, to express their feelings and opinions, and to communicate and maintain relationships. It is argued in this article that the activities of the popular scribes of Icelandic peasant culture were an essential factor in the education and culture of the people of Iceland, working in parallel with the institutions that ostensibly directed these areas of society, with each influencing and being influenced by the other. 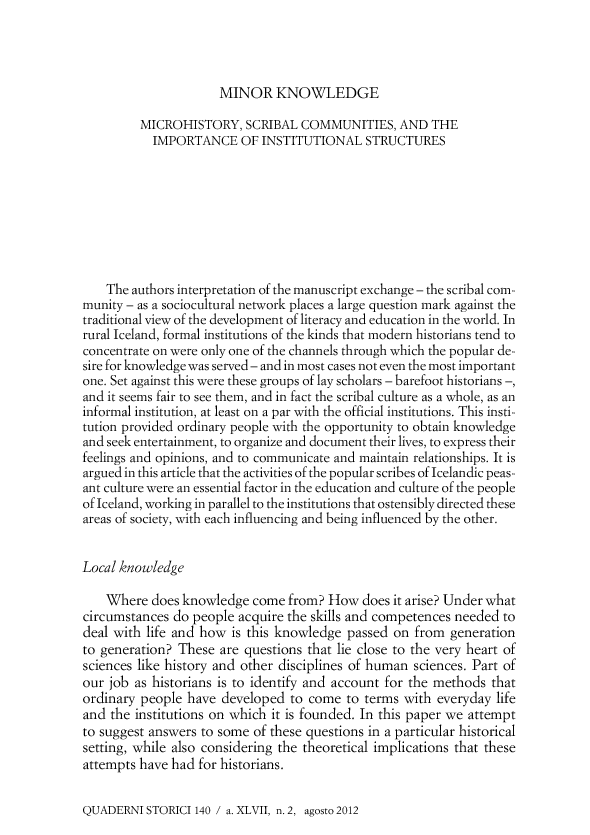