Although many women wrote memoirs, diaries, and letters, the female Shoah experience has never been considered the «typical Shoah narrative». Along with age, social class, ethnic affiliation, and religion, our context makes it necessary to pay more attention to the possible consequences of one of the main axioms of every social organization. Gender is a status «worn» by women and men in society, the two sexes'cultural definitions and expectations of the different ways in which men and women live their experience inside society itself. Asking questions about gender differences does not necessary lead to the conclusion that they exist; asking questions about gender means defining both their differences and similarities. This essay focuses its attention on memoirs mostly written by Jewish women that were published in Italy between 1945 and the Nineties. At the center of the analysis is the body as the place where memory comes into being, and as such, strongly invests and influences the modalities of women's representation. The female body as agent and object, within the concentration and death camp experience. 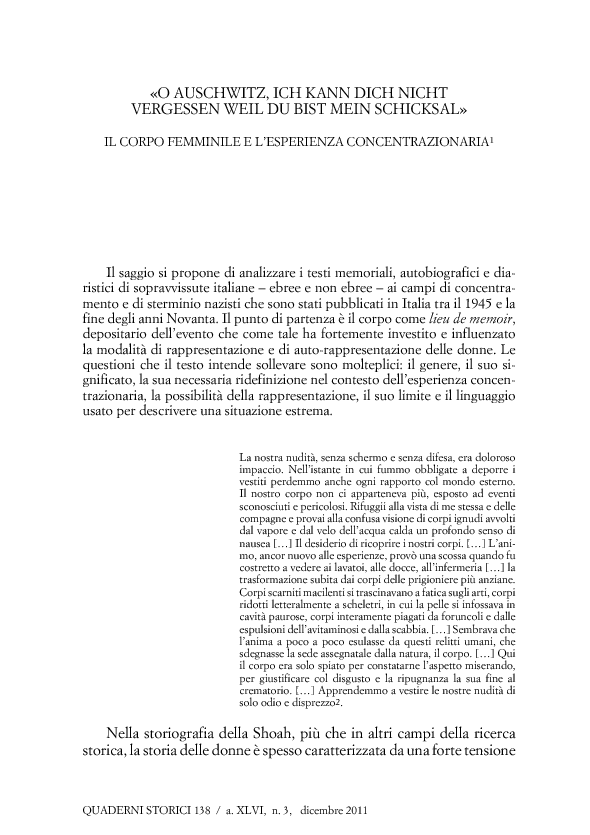