Given that in early modern Europe women were omnipresent in microfinance as creditors, debitors and as intermediaries, this essay will try to understand why and describe in what way this is so. We shall start by describing the economic spaces given to women in this patriachal society and by highlighing the different factors which caused these changes to come about. We will then review the ways in which women were active in the financial markets, looking first at how they - or their husbands - invested their dowries and inheritance in local credit. We will then look at Paris in the eighteenth century, focusing where documentary evidence permits on «ordinary» women in the informal businesses of pawnbroking and the second-hand trade, both of these activities being the main fields in which micro-financial activities took place. We will conclude by asking what was the value of a working class woman's word with regard to different methods of recording her credit worthiness: we shall examine how, in the villages, pedlars wrote down in their account-books the small loans which they granted women, and how the wealthy recorded the cash advances which they made to women; and, in towns, how female vendors in the markets could finance their micro-enterprises. 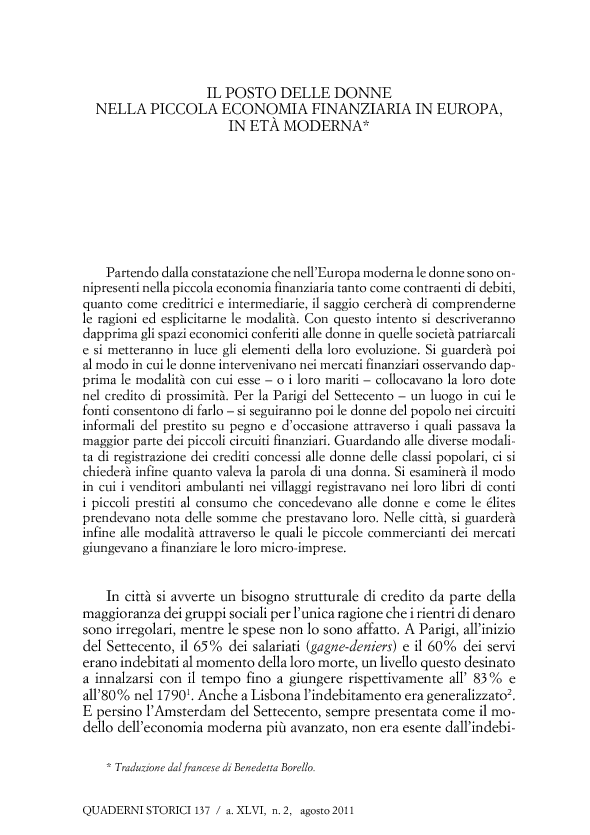