In sixteenth- and seventeenth-century England much poverty was related to the fact that the poor were extremely vulnerable to over-indebtedness. However, in the period after 1650 a combination of factors, including low population growth and a movement of rural labour into tertiary and primary occupations while agricultural production continued to rise, meant that there were greater opportunities for secure employment and higher wages. As a result more poor labourers became what contemporaries termed «honest» or «painful» labourers, meaning that they were earning enough not only to get by but to improve their standard of living after the previous century of hardship before 1650. According to Adam Smith it was saving on the part of the broad labouring population which allowed a virtuous circle of rising production to be created. Labourers' savings, which increased their creditworthiness, allowed them to buy more, which in turn led to increased manufacture, which provided more work and wages, and in turn the production of more goods. This article looks at the period after 1650 and argues that there was indeed a growing accumulation of capital by labours, held in the form of savings which contributed to an increase in broad based consumption. 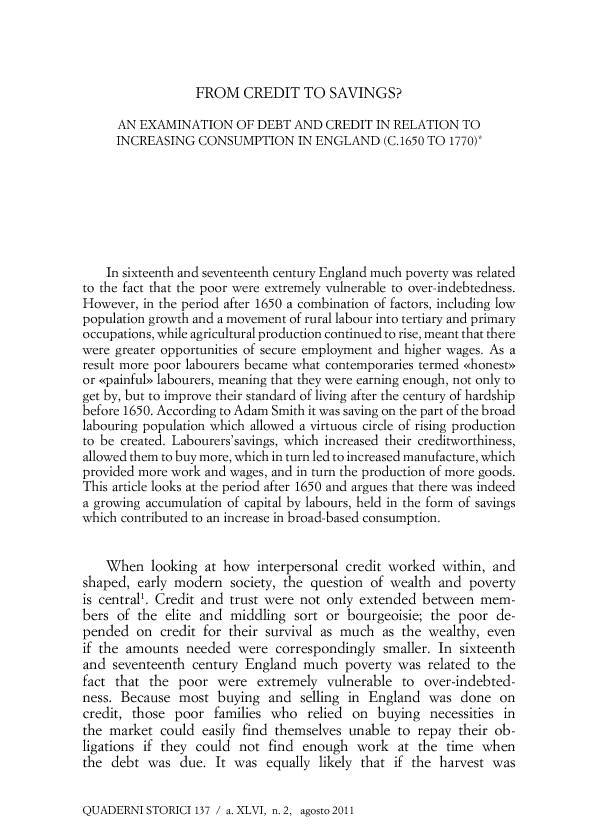