Trust was the basis of credit in early modern markets, but it was a fragile basis. Trust could be, and too frequently was, betrayed. Florence, like many other communities, wove kinship into a legal system of protection of trust and credit. If a man failed to meet his financial obligations, his sons, brothers, or father would nominally become liable for the debt. Such laws did not always have the desired effect, however, and Florentines fashioned various pieces of legislation across the fifteenth century to remedy flaws that emerged. Florentines themselves were highly aware of the fragility of trust, both as a threat to them and as a device at their disposal. But part of the problem also was the tendency of lawyers, while providing expert counsel in cases, to interpret narrowly statutory rules that sought to extend liabilities beyond the principal debtors to their kinsman, at least when such kin were innocently caught up in others' failings. Lawyers operated generally with a principle of individual responsibility, even as they well understood the more collective responsibility embodied in civic statutes. 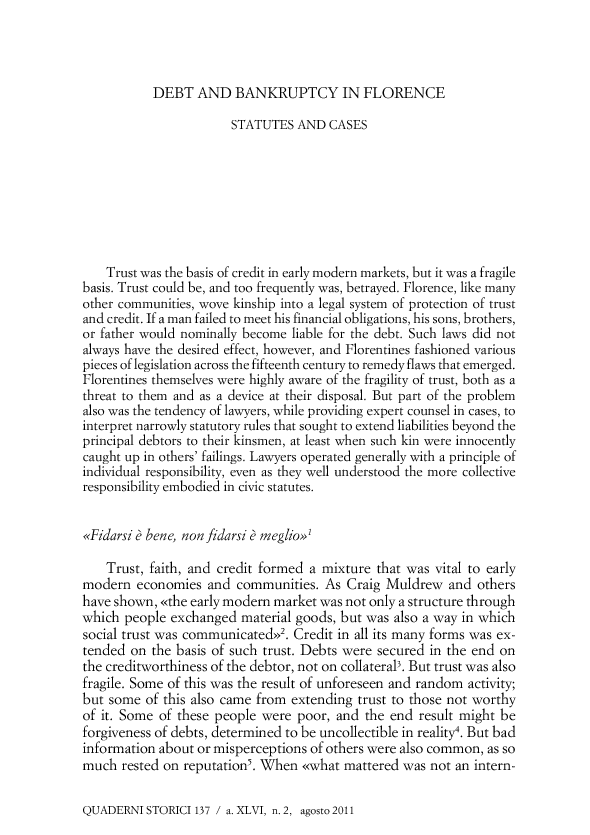