This paper analyses the links between the development of econometrics, as an independent branch of economic sciences, and economic planning. The focus is on the early years of independent growth of the discipline and the subsequent spreading of econometric techniques in Italy in the aftermath of the Second World War. In Italy, the large industrialists and the economic élites saw the adoption of econometrics as important instrument of scientific examination of macro and micro economic trends. Econometrics was also central to their support, between the 1950s and the 1970s, of socio-economic reforms projects based on economic planning,. Through econometrics the large firms analysed the development of their market and assessed their performance in it. At the same time, estimating the evolution of the main macroeconomic figures allowed the establishment of appropriate and successful national economic planning systems. As the article demonstrates, these developments were very troubled because of scientific disputes and political and practical arguments: the successful adoption of techniques that pretended to be "neutral" was, in fact, the result of complex social bargaining processes. 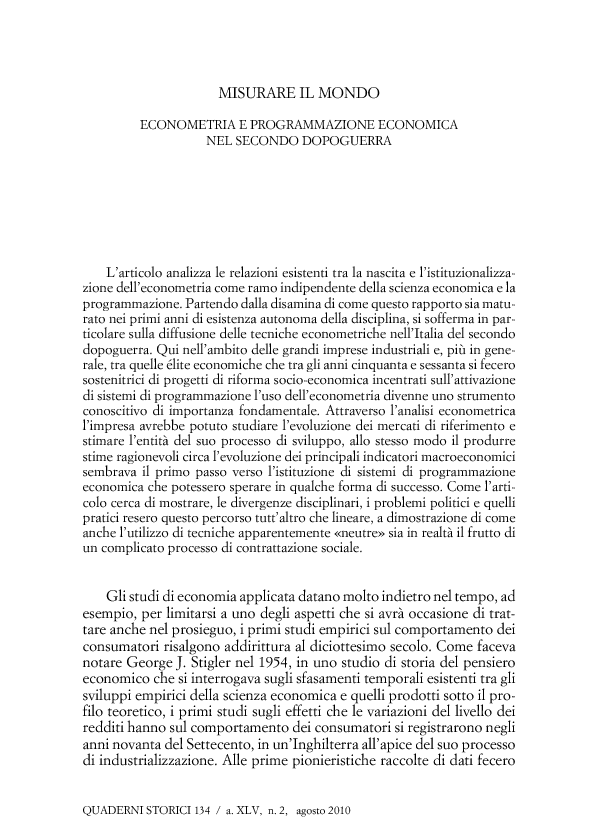