In his "Journal du Voyage en Italie" (1580-1581), Michel de Montaigne recorded a peculiar episode of same-sex marriages: a group of men, mostly Iberians, were said to have organized a «strange confraternity» in order to consecrate their unions through a celebration in the Roman basilica of St. John Before the Latin Gate. The perpetrators had been condemned to the stake. Montaigne's account has been the subject of controversy. This article is based on the discovery of parts of the trial's papers in which the eleven men, all arrested in St. John on the 20th of July 1578, were prosecuted by the "Tribunale Criminale del Governatore" - the Papal Criminal Court in the city of Rome. The trial, as well as other sources, confirm that these marriages really happened. The evidence also provides an insight into the different relationships that linked the men charged with sodomy. Eventually, eight of the defendants were strung up and burned on the 13th of August, 1578. 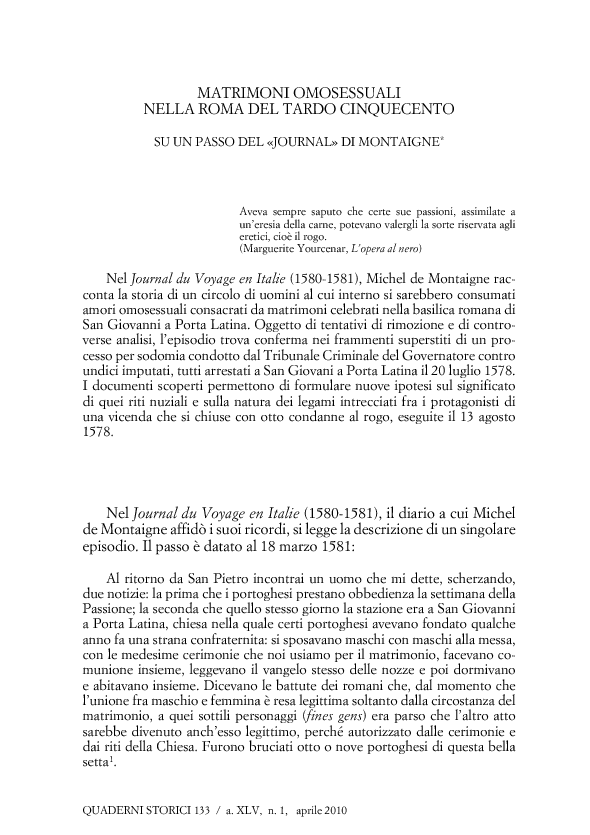