British colonial law in South Asia was founded on the notion that ostensibly religious personal law was outside state jurisdiction. The boundary between state law and personal law, however, was a blurry one, and some elements of 'religious' law had major implications for matters at the core of colonial policy such as property control. In this scenario, legal debates became a way for subjects to pursue their agendas. Taking the Muslim charitable trust, or waqf, in late colonial British India, I argue that Muslim legal activists' positions on waqf laws contained a pointed critique of colonial law. I present a brief history of the articulation between charitable trusts and colonial property policies, and draw from the work of two late colonial Muslim judges to demonstrate the role waqf debates played in refashioning colonial legal culture. I suggest that claims about waqf were both instrumental attempts to retain properties, and instances for articulating broader ideological critiques of the interpretative authority of British judges. 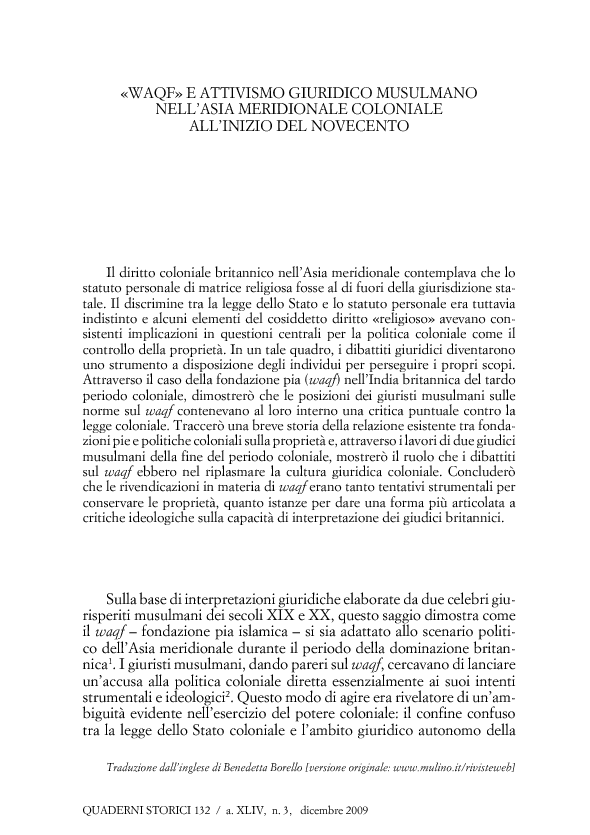