The article presents quantitative data concerning the presence of women in Italian medical and science faculties from the nineteenth century to the present. The inquiry begins in 1877, when, some years after political unification, the first woman took a degree in an Italian university. It continues through Fascism, when the number of women with a degree in science or medicine reached its highest point in the first half of the twentieth century. It then explores the Cold War years when, in the 1960s, there was a substantial drop in the number of women in science faculties, until, at the beginning of the 1990s, graduate women were more numerous than graduate men. The research ends in 2005, when women with a PhD were more than 50% of the overall number qualifying that year, with major performances in many scientific fields. The factors accounting for the oscillations observed in the number of women in science faculties during the period reviewed remain to be fully explained. From the data presented, however, it seems clear that the quantitative and "longue durée" history of the relationships between women and science higher education in Italy offer some important hints for scholars in various fields. 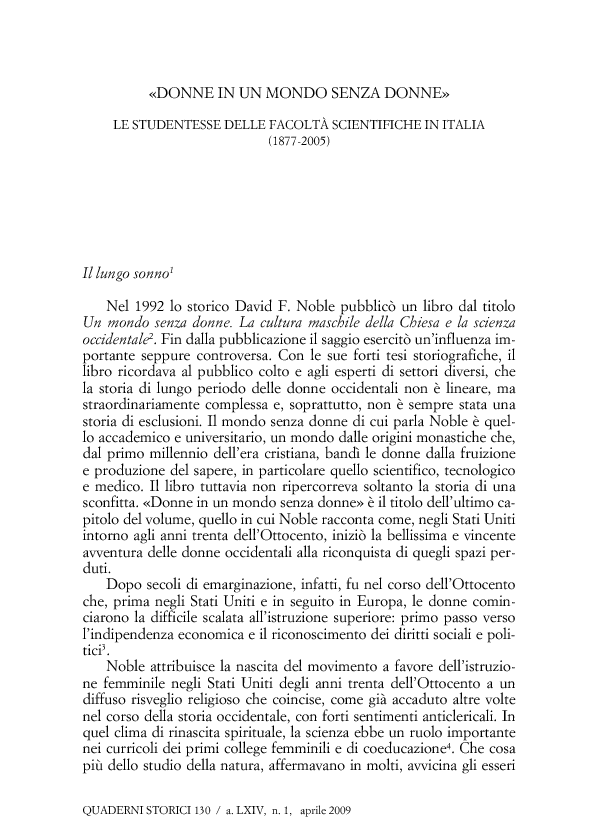