Since the Middles Ages, the compass was considered as a double object, namely the instrument used in order to obtain a practical goal, such as navigation, and the symbol of the exchange of information between technology, natural philosophy and literature. During the Renaissance, several authors were attracted by the novelty of the medieval object. Many of them tried to put it in a context of dialogue with the "auctoritates" of the past. The compass is an artefact, an object created by men with a particular intentionality, although the theory about the nature of its components, namely magnet and iron, could come from the past. This article aims at underlining Girolamo Fracastoro's interest in the compass, its running and its role of prism of the relation between practical arts and theoretical knowledge. Fracastoro pays attention to the functioning of the compass with a shift from the pure technological object to the model of the communication of disease from man to man (contagion). In this story a central role is played by the research on the working of the object, the art of navigation, magnetism, geographical discoveries and experimental knowledge. The last point is particularly relevant, since in the "De sympathia et antipathia rerum" (1546) Fracastoro describes a laboratory experience based on the functioning of a magnetised needle, like that of the compass, as he says. This was a public experience: many doctors were present offering a social, scientific and moral testimony of how a needle worked and, with a metaphorical transliteration, of contagion. 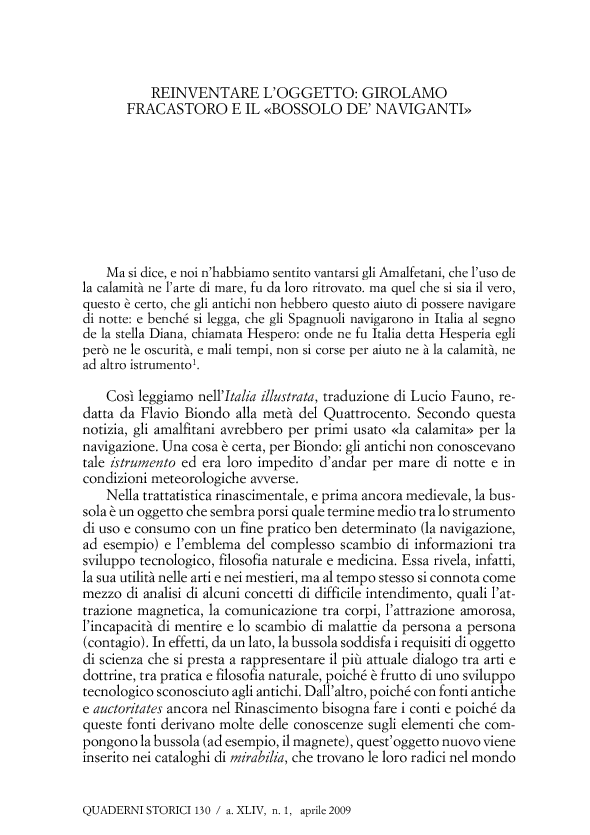