In communal Italy the most important focus of social and political life was undoubtedly the city, the quintessential feature of Italian history, according to a long-established and powerful historiographical tradition. However, we need to ask: did urban centers keep this position after the coming of the regional state? Did the political and jurisdictional supremacy of cities in the communal age persist during the following period? What was the relation¬ship between prince and city in the Duchy of Milan? Grounded on recent and ongoing research, this essay aims to discuss these problems, questioning a historiography - still deeply-rooted - which views the relationship between duke and urban centers as the cornerstone of the state during the Visconti Sforza period. Respect to this thesis, the paper stresses the ducal favour for a plurality of political subject (landlords, communities, federal bodies, etc.) busy building spaces of institutional and jurisdictional autonomy from cities. 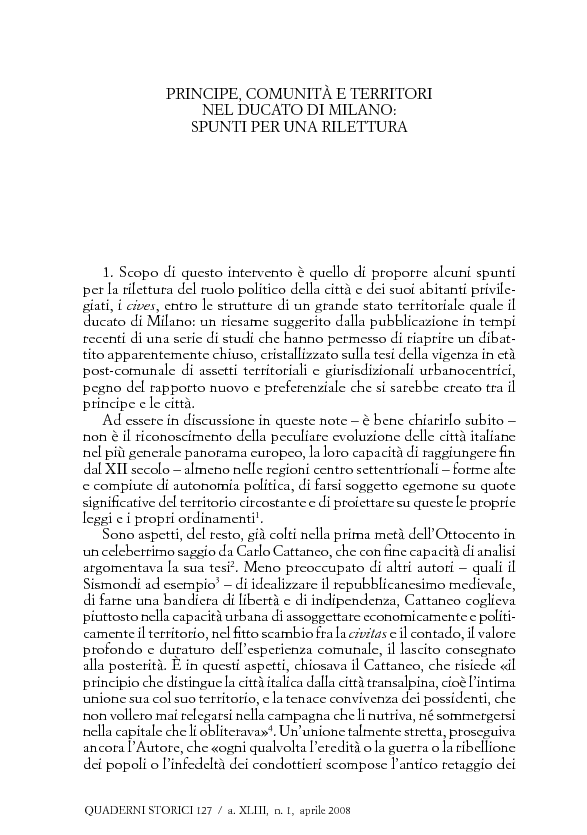