This article reconstructs the negotiation for the rescue of a very special slave captured at the end of the 18th century by the Barbaresque regency of Tunis. The position of Giovanni Luigi Moncada, Prince of Paternò, was that of a prisoner whose ransom would guarantee high profits, a pawn to use in the complex and changing diplomatic relationships between Tunis, Naples and Constantinople, rather than that of a slave to convert and to exploit. At the time of his captivity, international relationships had left behind the cruelty of religious war and were regulated by treatises and conventions, a balance of political and military forces on a scenario influenced by the presence of Napoleonic and British armies in the Mediterranean. Debate around this case reached high juridical complexity, involving the main legal institutions of the Kingdom of Sicily over a thirty year span and highlighting such issues as the hegemony on the seas, the legitimacy of piracy and the dawn of maritime law. Moreover, the case reveals a shift in the history of slavery and hostages: from religion to reason of state, therefore from slave to prisoner and hostage. 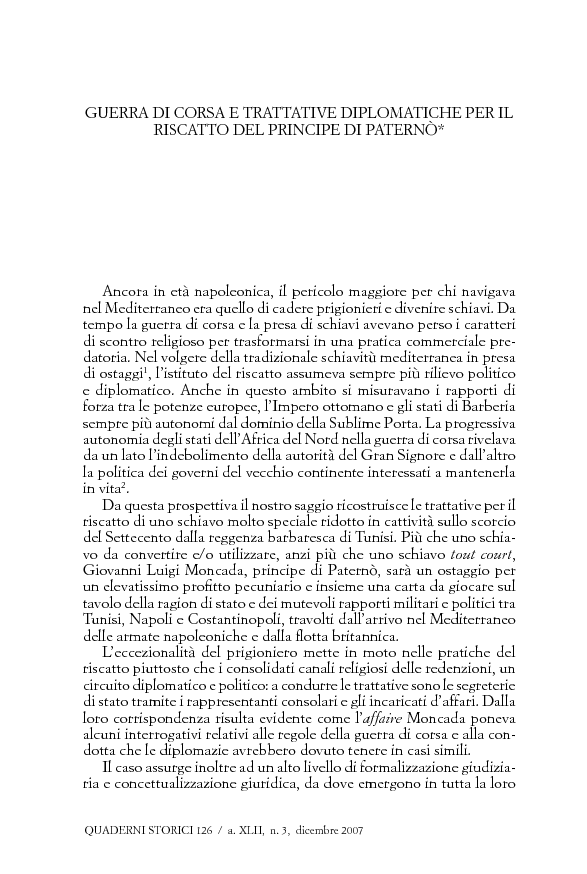