It is generally accepted that, in the wake of the Protestant Reformation, church interiors underwent radical changes. Accordingly, it has become commonplace to draw a sharp contrast between the white-washed interiors of Protestant churches and the ever more sumptuous spaces of Roman Catholic worship. Yet this is not the case for large parts of Central and Northern Europe. For, within the first century of the Reformation, these areas became strongholds of Lutheran Protestantism. There, a rather different type of church interior developed, where the sensual and the spiritual aspects of worship were carefully balanced, where a language-orientated religion was happily practised within richly decorated and furnished church interiors. The main purpose of the present article is to draw attention to and also offer an initial exploration of this complex phenomenon. It concludes that, in the Lutheran parish church, God was not simply present in word but also in sacramental deed. 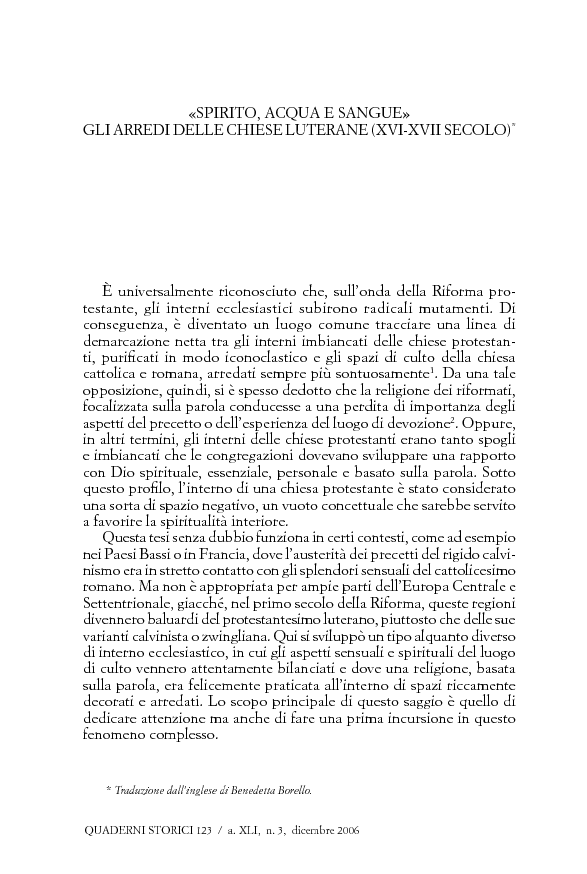