In 1930-40s Italy resorting to abortion practices was still a widespread phenomenon. Despite the emphasis on the exclusively reproductive function of the female body, the ban on contraceptives resulted in the survival, if not in a wider diffusion, of abortion, practised by both qualified midwives and the old "mammane" and their younger daughters. Maternity being a patriotic duty, and the "interest of the Nation" being the victim of the crime, stemming this phenomenon became an urgent matter. An important part of the "Codice Rocco" (1930) illustrated the significance of demographic power, and Article 545 included abortion in the new class of crimes against "the wellbeing and healthiness of the race". Nevertheless, reaching a verdict of guilt against those who practised abortion was made impossible by the lack of evidence against them, and called for an alternative solution in order to impose exemplary punishments. Exile offered a nimble solution, making sure midwives would be punished for practising abortion. Being an administrative sanction, exile eliminated any need for evidence or defence from the decisions taken by the judging body, and its use confirmed the rule of a police state in the sphere of crime suppression, its methods and its time requirements. Therefore the reception and reconstruction of rumours became a fundamental element, as in case of exile these could represent "evidence". Unexpectedly, then, rather than appearing like ancient remains in the context of a modernizing society, rumours took the form of fundamental materials for the functioning of particular legal proceedings. 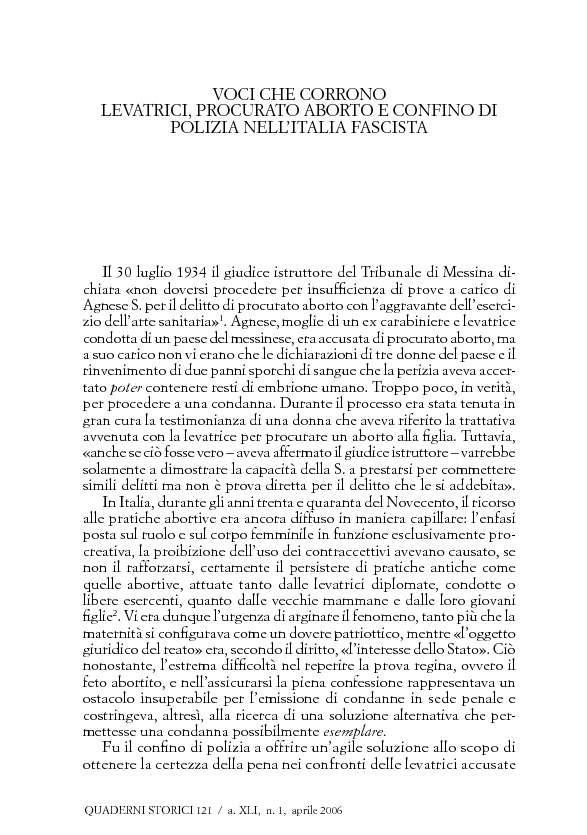