This paper offers some considerations on a failed trial and on the transformations occurred in by the notion of "histoire comparée" during a decade. After Lucien Febvre's call to the Collège de France (1933), Marc Bloch launched a campaign centred on the idea of integration among different documentary series. Thinking back over his scientific career, he identified in "Les rois thaumaturges" (1924) and in "La vie d'outre-tombe du roi Salomon" (1925) the best examples of a new history, opposed to Louis Halphen's "histoire historisante" and conversing with Henri Berr's sociology. The comparison with Romance philology, and with Joseph Bédier's and Edmond Faral's works, completed the frame. Bloch introduced himself to the assembly as a "érudit" and comparatist, proposing to Gallimard Publishers, at the same time, a collection of papers called "Historiens à l'atelier". At the centre of the anthology he placed "La vie d'outre-tombe du roi Salomon", a research with extremely wide implications for history and history of art, based on an apparently unimportant element, that is an interpolation handed down by a legendary preserved in Cambridge. Bloch abandoned progressively the road marked out in 1924-1925 and gave up a "projet d'enseignement d'histoire comparée des societés européennes". The events treated in this paper, hence, reflect a twofold failure. 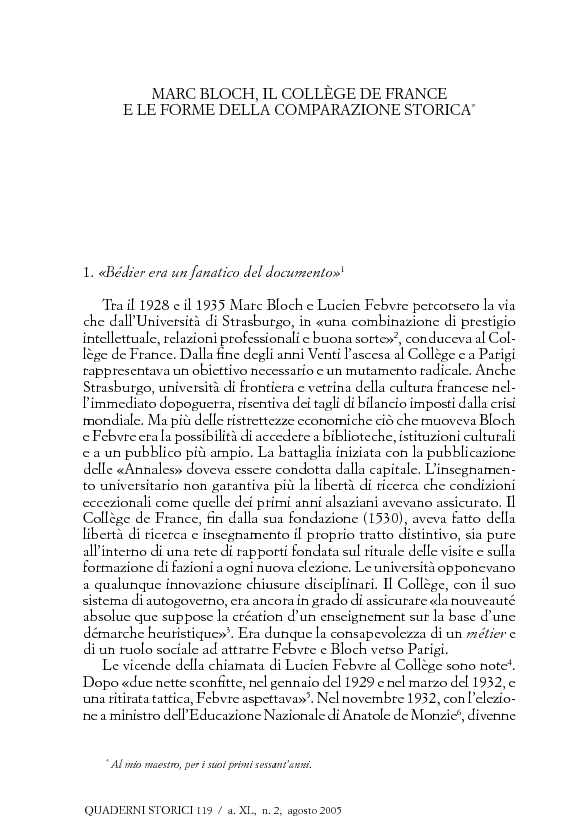