The essay intends to analyze the work of a vallumbrosan monk, Pier Girolamo Mazzoleni, who, at the beginning of the XVIII century wrote a history of his monastery, the abbey of Astino. In a time when the congregation of Vallombrosa was shaken by internal contrasts between reformers and conservative monks, constituting two factions, each strongly tied with different centres of political and ecclesiastical power, Mazzoleni's historical work tries to offer the example of an excentric monastery as Astino (situated in Lombardy and not in Tuscany, the heart of the congregation) as the one to look at in search of a model to restore regular life and true poverty. In doing so, the young monk introduces an innovation in a historiographic tradition that had always identified the times of the origins with a period of perfection, but had always tied this image to the centre of the congregation and not to any periphery. 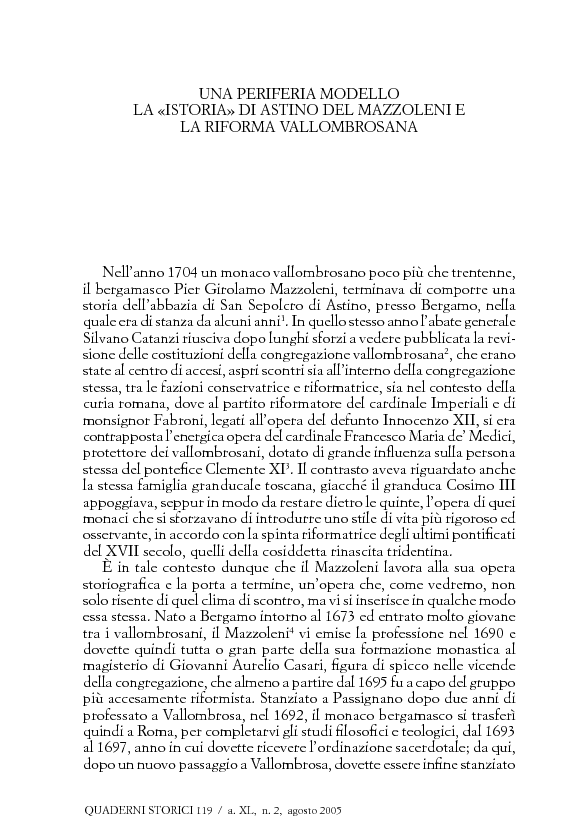