The article deals with the attitude of two cardinals in the beginnig of the 17th century as cardinal-protectors of the order of the Olivetans, a Benedictine congregation with many monasteries in Italian cities at the time. Because of their weak internal structures, the Olivetans were in special need of the authority of external ecclesiastical instances, a task that was mainly fulfilled by the cardinal protectors. Cardinal Paolo Emilio Sfondrati was appointed protector by his uncle, pope Gregory XIV (1590-1591), and after the latters early death, devoted a lot of his time and effort to the order, intervening whenever he pleased and believing he knew everything better than the monks, and thereby even strengthening the dependence of the order on him. But after his death in 1618, pope Paul V. (1605-1621) appointed as successor his own nephew, cardinal Scipione Borghese, who remained in charge until 1633 and whose main interest was to gain personal advantages from his office as protector, inclining to the requests of single monks or factions within the order, especially if they were supported by high-ranking personalities, whom he wished to please. But this again weakened the discipline within the order and eventually led to the loss of a great part of his authority, when the Olivetan superiors started to reign the congregation with the help of papal bulls, which they procured from pope Urban VIII (1623-1644). 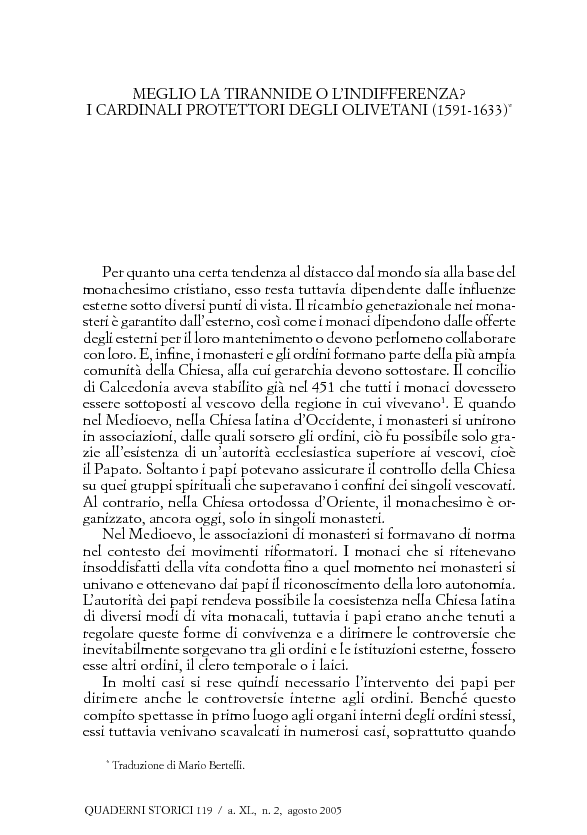