In 1556 Genoa the conventual Augustinians from St Augustine's convent were expelled from the city, while the convent was entrusted to the Observants from the same Order. Being a joint action taken by the "Repubblica" and the upper spheres of the Order itself, with pope Paul IV's approval, this decision was justified with accusations of corruption and heresy against the friars, especially against the priors who had been at the head of the community. This paper reconstructs the event showing how its origins can be found in the contrasts within the community, contrasts the friars described using a precise language of conflict: corruption of the priors and their inclination to heresy. An incident which could be reported as a case belonging to the history of Inquisition, religious disciplining and the repression of heterodoxy, actually demonstrates how local communities contribute to the construction of a case of "deviance", by involving in their internal dynamics central institutions of the Order and the Church, first of all the Roman Inquisition. 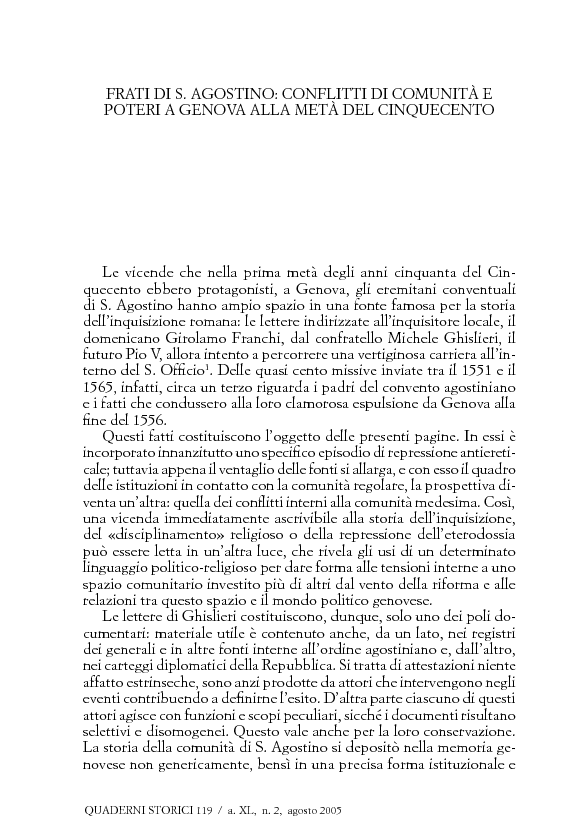