While built space has been traditionally the main research object of the history of architecture, in social history physical space has been regarded simply as a background for social and economical activities. This paper suggests that physical space should have a leading role in historical procedures. The concept is exemplified through a case-study, based on a comparative analysis of two blocks in the city of Turin, whose history has been followed in the "longue durée" from their foundation, dating back to the first half of 1800, for more than a century. The anonymous architecture of blocks is viewed as a mirror of the complex network of relationships between society, economy and built space that characterizes urban life. The methods of microhistory, its relational and close range analysis, enriched by the diachronic observation, are used to examine and cross the richness of sources. Different levels of investigation, applied to space morphology, economy and society, decode urban complexity and disclose powerful conflicts between social actors, showing that history moves for single episodes. The results reveal the mutual influences between socioeconomic and architectural constituents and highlight the importance of carrying out a social reading "of" space and not only of social events "in" space. 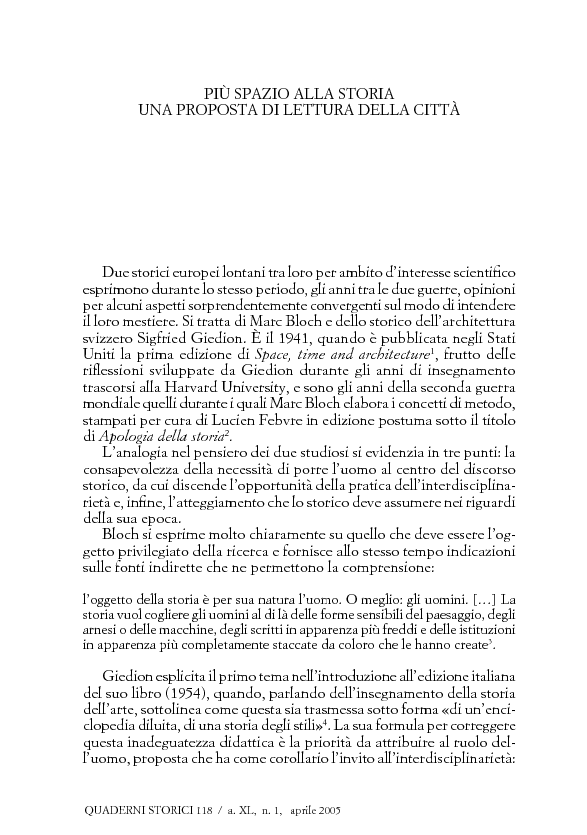