The paper reconstructs the forms and evolution of equestrian games in Spain during the domination of the Austrias. Through the analysis of contemporary treatises, memoirs, literary and iconographical sources, it underlines how "cañas" - a typically Iberian product of the eternal confrontation with the Moors, along with the "a la gineta" horse-riding manner which constitutes its technical basis - are gradually replaced by bullfighting and, with the crisis of the Spanish monarchy and the influence of French models, by the "a la brida" horse-riding. Although the "juegos de toros y cañas" never lose their character as courtly rites for an inter-class audience, they undergo remarkable alterations in terms of hierarchy of prestige, social quality of the participants, cultural and political symbolism, thus giving us an important standpoint to observe the different models of aristocratic self-representation and self-celebration at the centre and on the borders of the Empire. 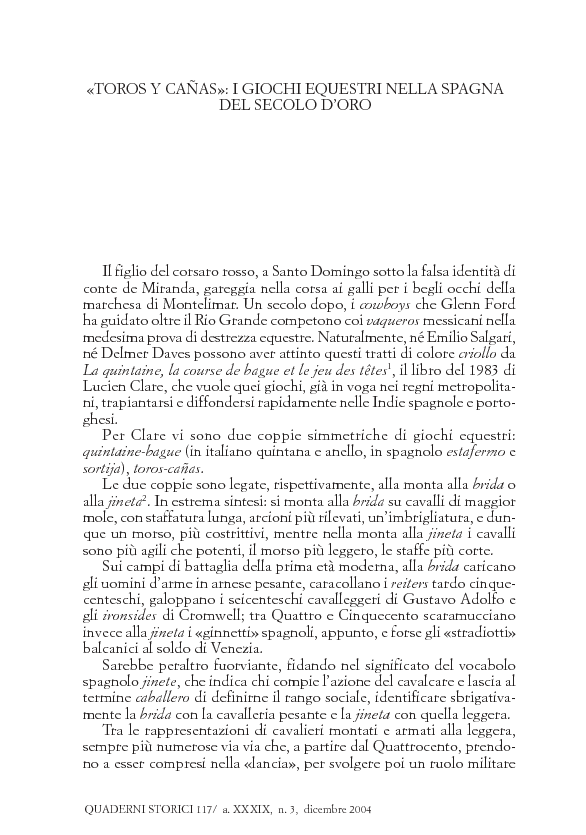