This article focuses on the relationship between the memory of the war and the political discourse. In effect, in some specific countries - particularly in France and Great Britain - we happen to see how the ruling classes seem to adequately master the rhetorical means related to the memory of the war, in order to strength their own political position. On the contrary, the study of the Italian case shows us how this peculiar opportunity fails to be taken into consideration at all. Besides, aim of the article is to analyse the liberal leaders' electoral speeches, in order to enlighten which - within their imagery - the memory of the conflict has been. More specifically, the different existing hermeneutic patterns according to different possible paths of personal legitimisation have been investigated. Then, the specific role played by the war itself within each individual rhetorics and the most important MP's single words have been taken into account. Therefore, the leading liberal classes' lack of union, as well as the postwar wound generated by the 1915's "radiose giornate di maggio", have been shown as one of the main difficulty in the use of such a device. Moreover, one of the most relevant consequences has been that of giving an astonishingly important legitimacy to those new political organisations clearly against the liberal government. 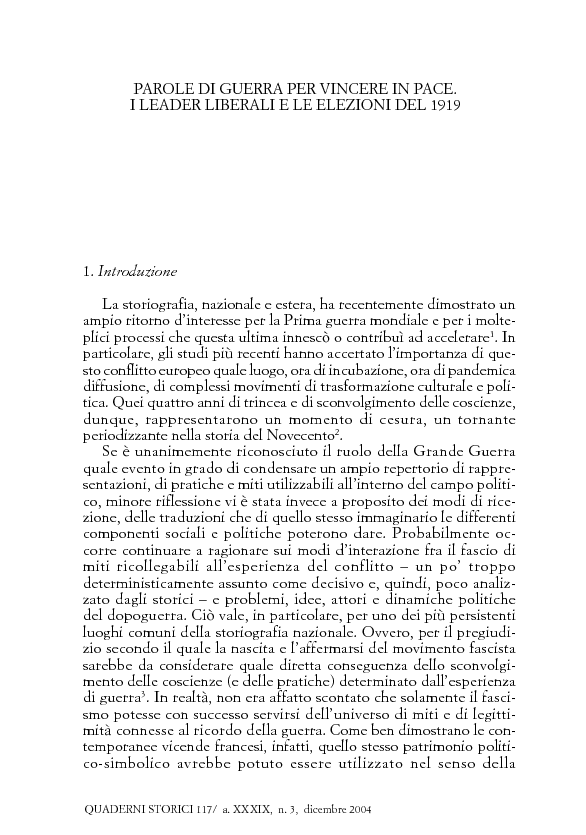