This study wants to analyse the significance of Marquise Margherita Sparapani Gentili Boccapaduli's salotto not only as an important meeting place for intellectuals in Rome during the second half of the eighteenth century, but also as a structure characterised by the personality and cultural interests of its mistress, who was also partner to the writer Alessandro Verri. Using unpublished materials, we examine the Marquise's education, her acquaintances and especially her interests in the field of mechanical, physical and natural sciences. These are reconstructed in their paradigmatic development and in their affirmation through her collecting practices, also analysing the Marquise's papers. A similar approach, empirical, rational and scientific, is what characterises her interest for fine arts, which is here reconstructed in its development, from an earlier manifestation of a Rococo taste and Piranesian culture, to the neoclassic and Canovian interests. 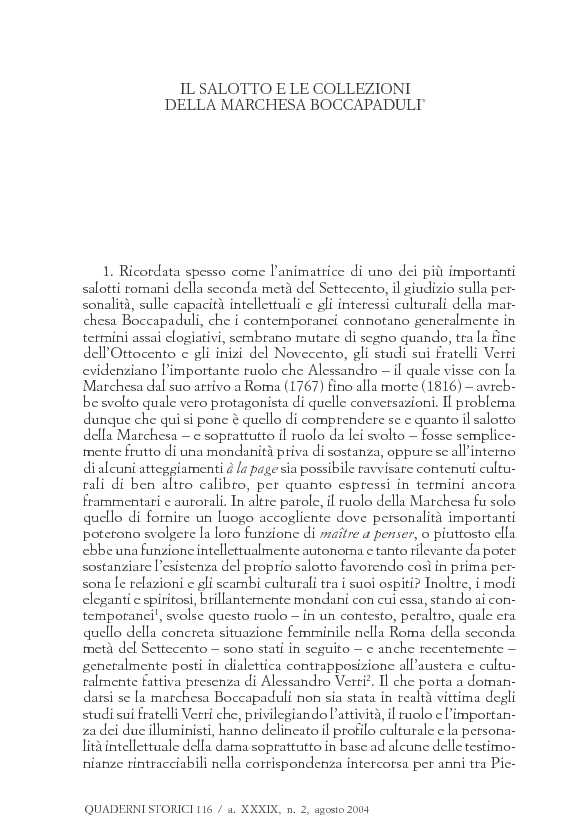