The present paper explores the world of minor collectors of paintings in Rome during the early sixteen hundred, a field that has been largely neglected both by seventeenth-century sources and by modern scholarship. Up to now, we have hardly realized that in Rome, by 1630 at the latest, the collecting of paintings had spread widely across the most varied social classes. Notaries, physicians, pasta-makers and even laundresses could, at this point in time, decorate their dwellings with a small number of pictures. Numbering around ten or fifteen, these would often cost very little. Often shunning narrative works, these collections concentrated on copies of images of holy subjects, including numerous canvases of the Madonna and child, a few specific saints and some figures from the Old Testament. Portraits of the owner of the collection were very frequent, and so were secular representations, such as landscapes and still-lifes. Some genres of painting, and a few specific subjects, for example sibyls, achieved a wide popularity in minor collections even before they started to appear, or become common, in palaces. Ordinary collectors could commission paintings, but more often bought them on a market that was already flourishing from the 1610s, not thirty years later as is generally assumed. Painters, sellers of pigments, tailors and barbers could all own shops where many works of art were traded. In these shops all sorts of painters, not only obscure personalities, could sell their works, and all kinds of customers, including wealthy and learned cardinals, could buy their paintings. 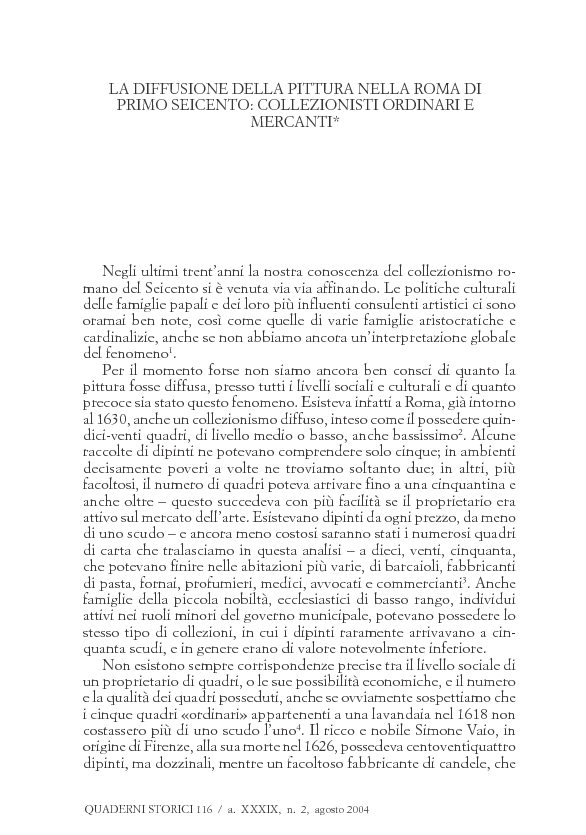