Early modern Venice was ruled by an exclusive group of noble families, the patricians, most of which could trace their status back to the late thirteenth century. They seemed to be affected by a sort of collective paranoia about anything which might stain the purity of their collective heritage. It is no surprise, then, that their concubines, though often living with them in fairly stable relationships and bearing their illegitimate children, remained on the edge of patrician circles. They had no legal rights to their partner's property, could not bear the title of "Nobil Donna", were not part of their partners' extended family, and might even be abandoned or married off to a non-noble husband. Why, then, were patricians so keen on promoting their illegitimate daughters, making sure they could pass all the tests set by the "Avogaria de Comun" and marry a patrician, thus becoming potential mothers of future members of the ruling elite? The sources for this investigation, the "Prove di Nobiltà", the requests on behalf of or by patricians' natural daughters to be allowed to marry patrician husbands and the testimonies given by witnesses called before the magistrates of the "Avogaria di Comun" provide the basis for this work, which is an attempt to explore social boundaries as they were expressed in terms of ambiguities as well as certainties. 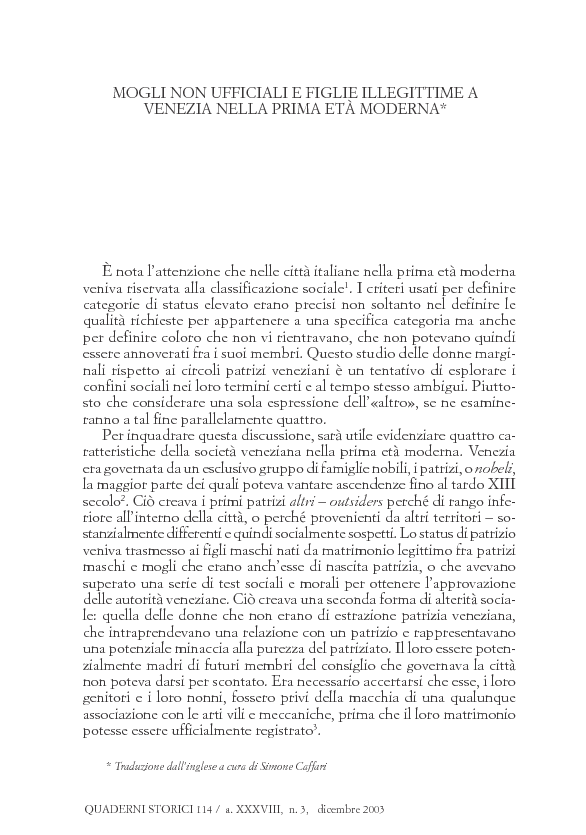