I argue that the difference between the 17th century new moral science and Scholastic Natural Law Theory derived primarily from the sceptical challenge the former had to face. Pufendorf's project of a "scientia practica universalis" was the paramount expression of an anti-sceptical moral science, a "science" both explanatory and normative, but also anti-dogmatic in so far as it tried to base its laws on those basic phenomena of human life that supposedly were outside the scope of sceptical doubt. Of the Scholastic legacy to the new moral science, a dichotomy between an "intellettualistic" and a "voluntaristic" view of natural law (or between lex immanens and lex imposita).Voluntarism lays at the root both of theological views such as those of Calvinism and of political views such as those of Hobbes and Locke. A need to counterbalance undesirable implications of estreme voluntarism may account for much of 17th and 18th centuries developments in ethics and politics. Scottish natural jurisprudence, an expression of such quest for a third way between scepticism and extreme voluntarism, is less secular and more empirical than received wisdom admits of. One of its side-effects, namely a systematic, self-contained, and empirical economic theory, results from the search for a normative theory of social life on an empirical basis. The main tool for building such a theory, namely a view of societal laws as embedded in trans-individual mechanisms, derives from the voluntarist view of natural law as "imposed" law. Subsequent discussions of social issues based on the opposition of economic and ethical reasons originated partly from gross misreading of the Scottish natural jurisprudential framework for economic theory. 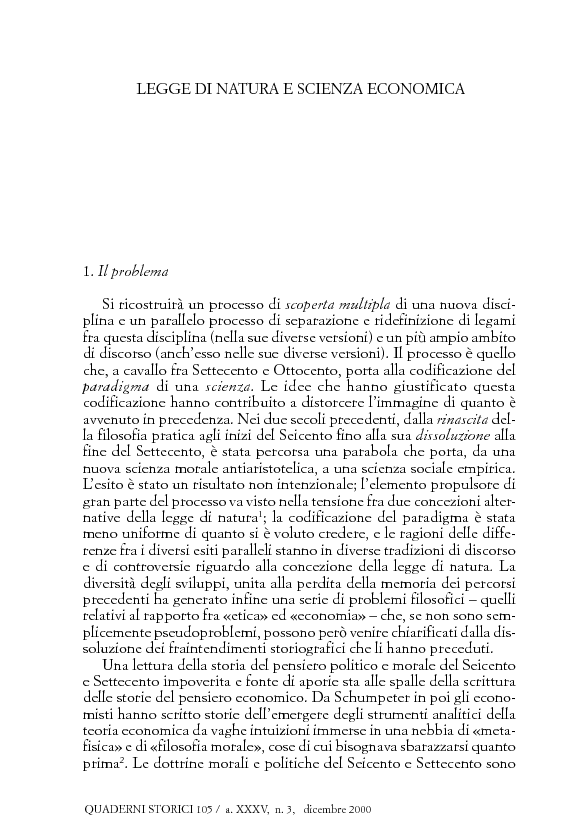