The question is asked whether typically republican normative discourses about commercial activities, as distinct from the tradition of clerical discourses on the same topic, can be identified in Italian states in the 15th-17th centuries. A sample of cases, selected from Florence in the 15th century, and Venice in the 16th, is analysed to show how a mainly Aristotelian environment made it difficult for a mercantile oligarchy to articulate a distinctive attitude to commerce. By contrast, a context in which the relationship between public life and management of the household was rather seen in Platonic terms could be more favourable to conceiving of commercial activities as an aggregate phenomenon which should be approached as a whole instead of focusing on the moral features of individual transactions. However, shifting from concern for social results of individual commercial transactions to normative models of economic life's circular flow required a point of view encompassing trade as well as agrarian production. Therefore, this approach did not develop in the the Italian commercial republics' environment. The first clear instance of it can be found instead in the writings of Genoese patrician Paolo Mattia Doria, who lived most of his life in the Kingdom of Naples in the early 18th century, and faced there the problem of the right relationship between trade, finance and agrarian economy. 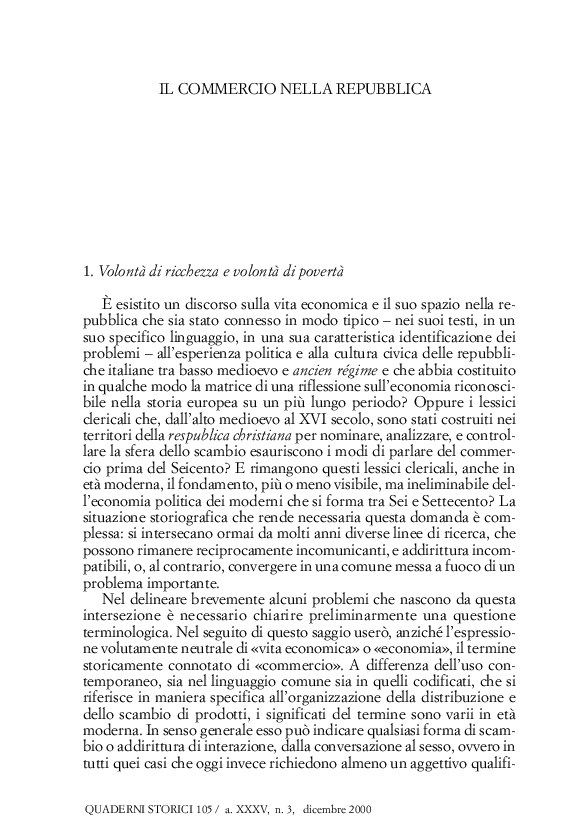